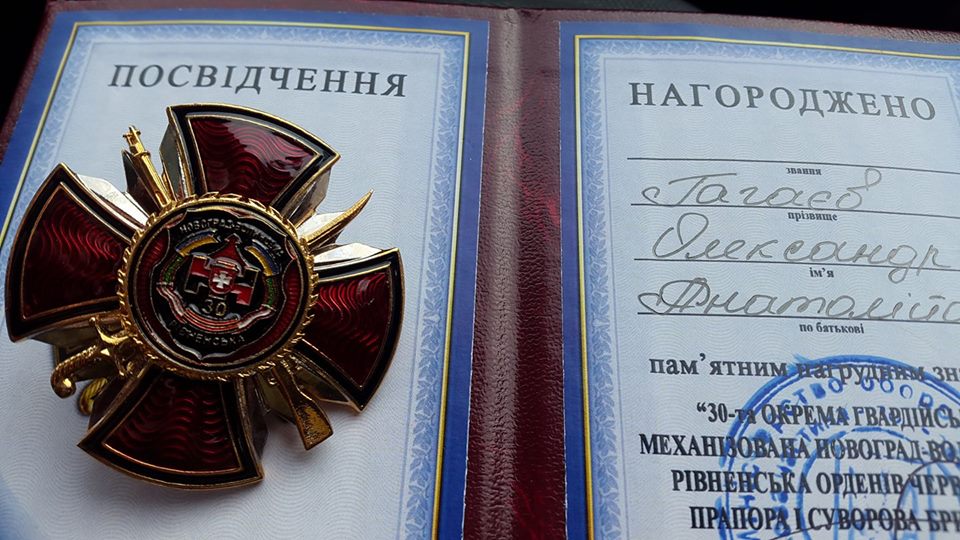 On Dec. 6, the Day of the Armed Forces of Ukraine, the commander of the 30th Guards Mechanized Brigade handed commemorative badges to three medics of the Pirogov First Volunteer Mobile Hospital. According to Oleksandr Hahayev, PFVMH Vice President in charge of liaison with the Armed Forces of Ukraine and law enforcement agencies, who leads the hospital’s 21st mission, the three include him, Maryna Bilinska and Vladyslav Filenko. He said two more PFVMH medics will receive their badges on Dec. 12.

“The decorations were awarded as acknowledgement of the lives of Ukrainian warriors saved by the PFVMH medics during previous missions. Thank God, there have been no wounded in December’s mission yet, although we did have trips to positions to provide urgent care,” Hahayev said. “In turn, we’re grateful to servicemen, too, for our families living at their home under the peaceful sky.”

The PFVMH Vice President told that 13 volunteers participate in the 21st mission. Ten of them work in three evacuation teams – resuscitation and anesthesiology doctors, doctors or paramedics specializing in urgent cases, and drivers. Two more doctors, a surgeon and a traumatologist, are stationed at the Volnovakha Central District Hospital, a civil health care institution in Donetsk Oblast, where wounded warriors will be brought to when necessary.