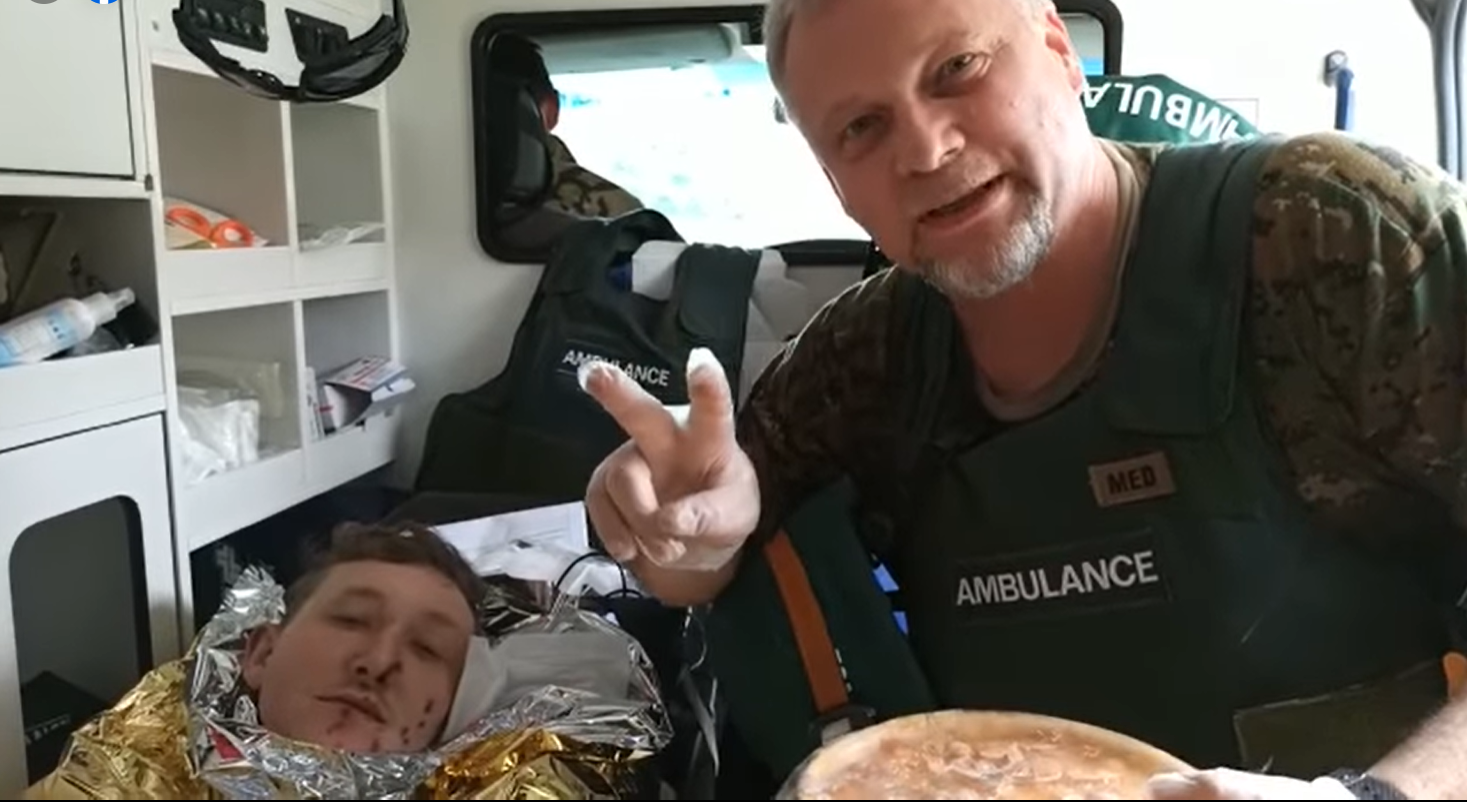 Two nights ago, a PFVMH evacuation crew saved a heavy-wounded soldier, Mykola, on the eve of his birthday.

When the medics came to the battlefield, Mykola did not breathe, his arm almost severed. On the way to the hospital, he stopped breathing a few more times, and the crew did cardiopulmonary resuscitation, pulling him back to life.

The fact that Mykola eventually survived the medics call a miracle – his second birthday. When they learned about his first one, they warmly greeted him with the traditional song and even a cake God knows how found near the frontline.