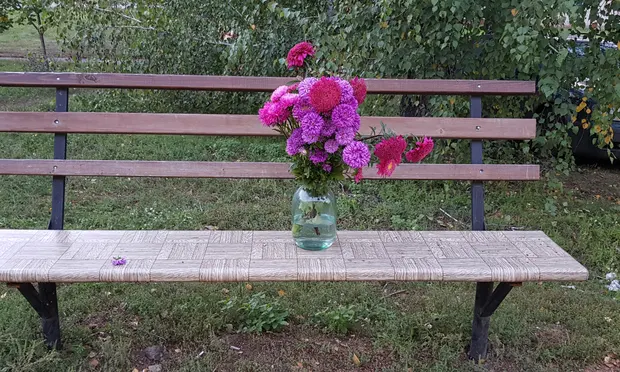 PFVMH medics from Canada and the U.K. save lives in a Ukrainian village – The Guardian

Elena Bulakhtina, a PFVMH volunteer doctor from Canada, was on the way back to her medical clinic when a cluster bomb screamed across the sky, according to a story published yesterday in The Guardian. There was a bang, then two seconds later a series of detonations, as deadly shrapnel whizzed through the air. Bulakhtina flung herself to the ground. She made it to her workplace basement just as a second bomb exploded, and then a third.

Not everyone was as lucky. The Russian attack took place on Tuesday afternoon, in the once peaceful village of Hrushivka, about 8km away from the frontline in the north-east of Ukraine. A few locals were standing next to a generator, where they were able to charge their phones and check emails. Pensioner Nikolai Koliyenko was sitting on a bench outside his house. It was overcast.

Bomb fragments killed Koliyenko. A woman in her fifties, Vera Shevtsova, also died. “We couldn’t do anything for them. The elderly man had multiple shrapnel injuries. We left him. Those are our triage rules,” Bulakhtina explained. Instead she helped the living. They included a critically wounded 10-year-old boy, Andriy Seydnuk, who was hit in the head by metal casing.

Another PFVMH volunteer, a British combat medic and former soldier, who goes by the name of Fish, said the Russians had been trying to break through, so far without success. He showed off fragments of shrapnel that he collected from Tuesday’s attack. They included pieces of tail-fin and a detonator. He treated patients in the dark, illuminating their wounds with a head-torch and a mobile phone.

“I was watching TV in April back in the UK. I saw these kids hurt in Kyiv and decided to come and help,” he explained. “There is no reason for children to be caught up in this. It’s inhuman and deplorable.” He and other volunteers had treated soldier-casualties from Ukraine’s recent successful military operation in a ruined school, lying them down on wooden pallets and hooking drips from metal railings.

Read the whole story in The Guardian.