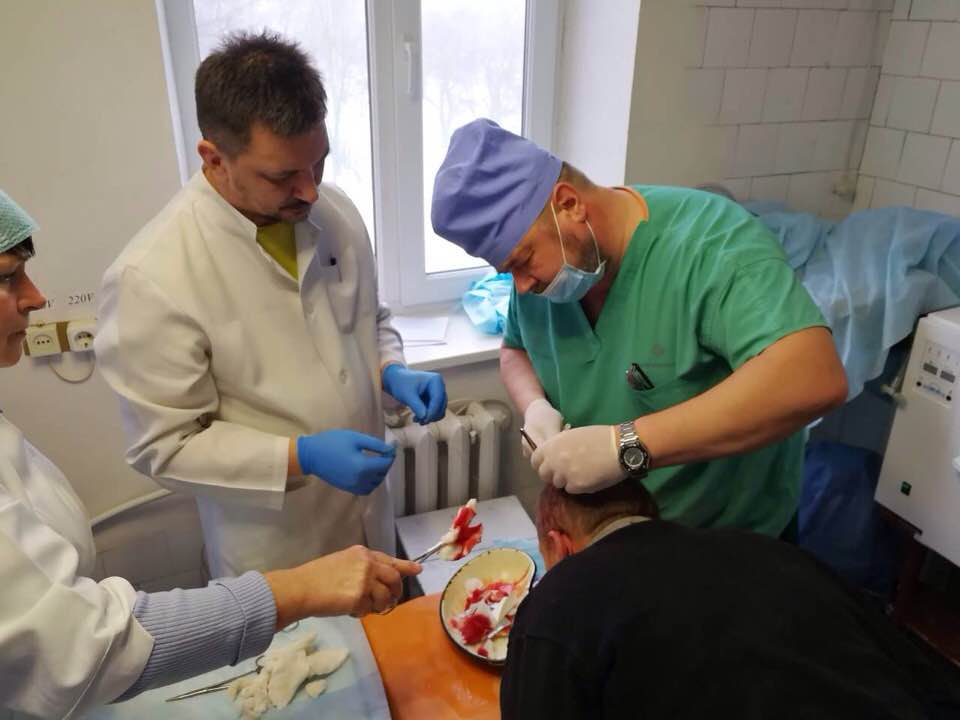 PFVMH medics provided care to over 2,800 patients in February in the ATP zone

In February, a total of 2849 patients in the ATO zone received aid from 29 medics of the Pirogov First Volunteer Mobile Hospital, of whom 10 worked in civilian hospitals in Luhansk Oblast’s Novoaydar, Popasna, Stanytsya Luhanska and Schastya, and 19 reinforced the medical service of the Armed Forces of Ukraine’s units as medical evacuation teams at the front.

Four out of 103 Medevac patients were civilians snd six were injured (including one civilian). The volunteer medics teams went for evacuation six times, provided outpatient treatment to 84 fighters, were consulted by 88 and delivered 56 hours of tactical medicine training.

Twenty-four volunteer medics are participating in the PFVMH March mission, including 15 in Medevac and nine in the abovementioned civilian hospitals as well as in the Avdiyivka Central City Hospital in Donetsk Oblast.