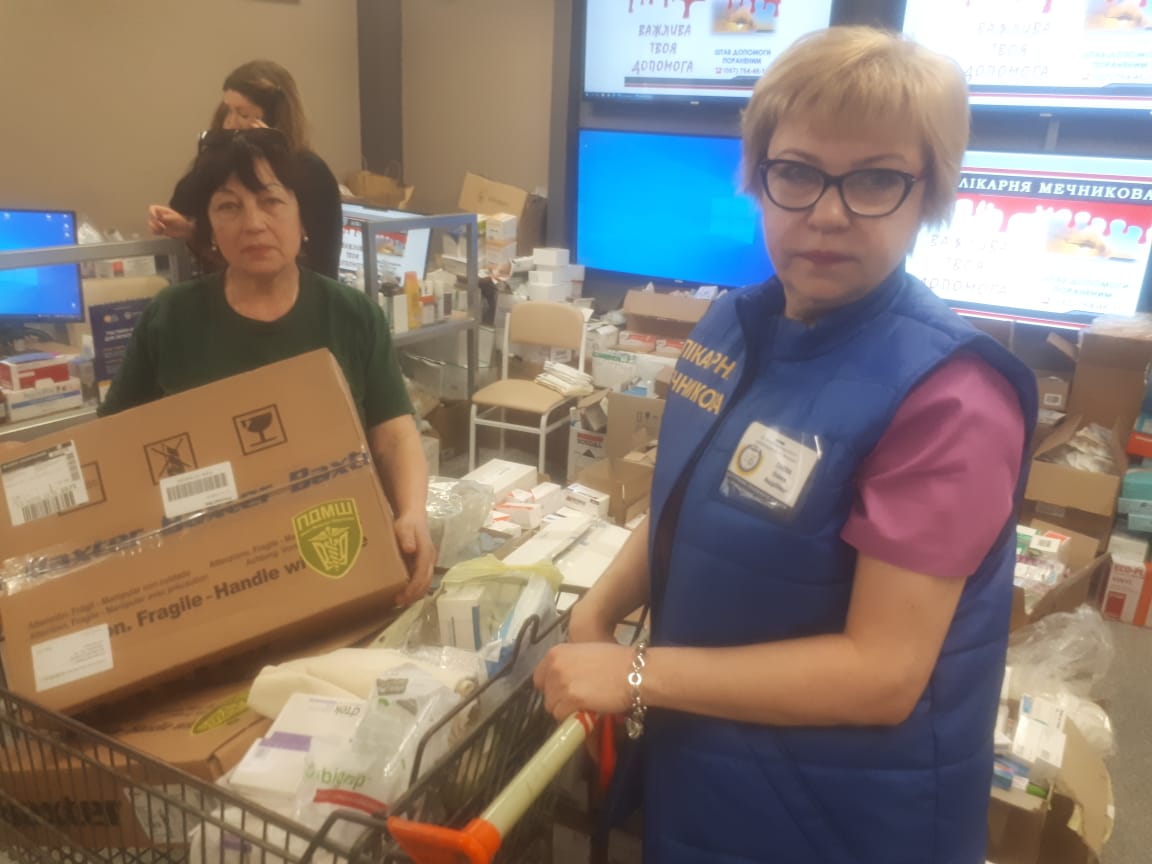 PFVMH continues providing medical care to the wounded 24/7. Yesterday, over 20 light-wounded soldiers were evacuated to Pavlohrad.

Obviously, the majority of the wounded are servicemen, and the majority of the wounds are caused by fragments. However, wounded and traumatized are not only servicemen but also civilians, even children. Three days ago, PFVMH doctors treated a 12-year-old girl who received multiple injuries as a result of an explosion. She was transported to a pediatric hospital in Dnipro.

Dog-bit cases occur rather often, especially among older people. According to medics, the war and explosions madden the animals.

PFVMH also takes care of the rear, sharing medicines it receives from all over the world with the legendary Mechnikov Hospital in Dnipro.