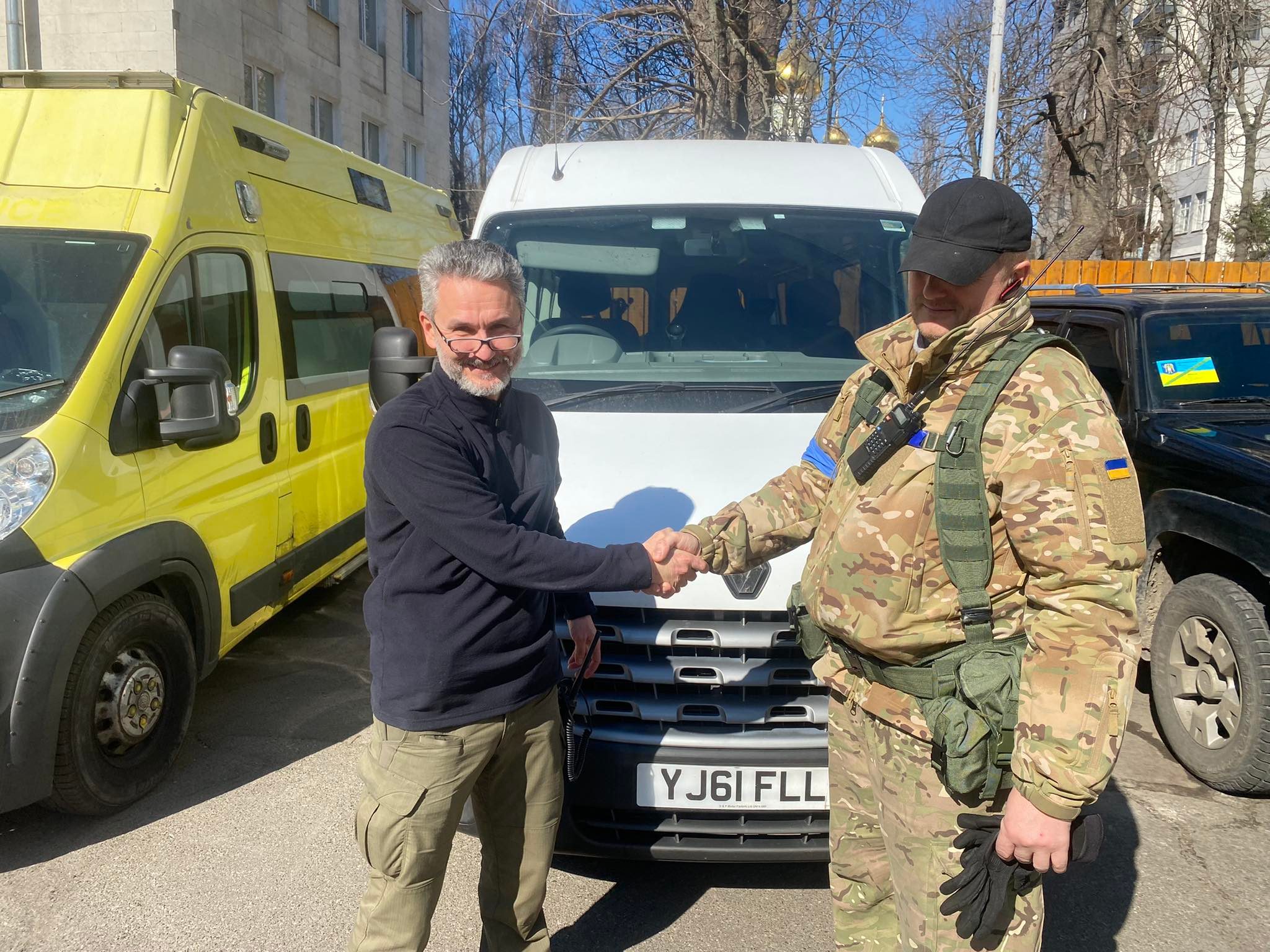 PFVMH received three ambulances one of which it gave to the Volunteer Ukrainian Corps “Right Sector.”

One of the vehicles came from Vasyl Filipchuk, head of the Apostrophe media holding, the other one from our Belarus brothers (Andriy Stryzhak, BYSOL), and the third one from our Polish friends (it was found and paid for by Dariusz Piszewski, and Radosław Wiśniewski, publisher of the Polish translations of literary works by our icon painter Oleksandr Klymenko, drove it to the Ukrainian border).

Already in its first mission, one of the new ambulances evacuated three wounded, including one heavy, from the Irpin Bridge. Another PFVMH team evacuated two more wounded. A total of three PFVMH teams worked on the evacuation of wounded warriors and civilian residents of Irpin, Bucha, and Hostomel.

On the photo above: PFVMH Supervisory Board Chairman Gennadiy Druzenko hands over an ambulance to a Cyborg who returned from Poland to defend his Motherland.