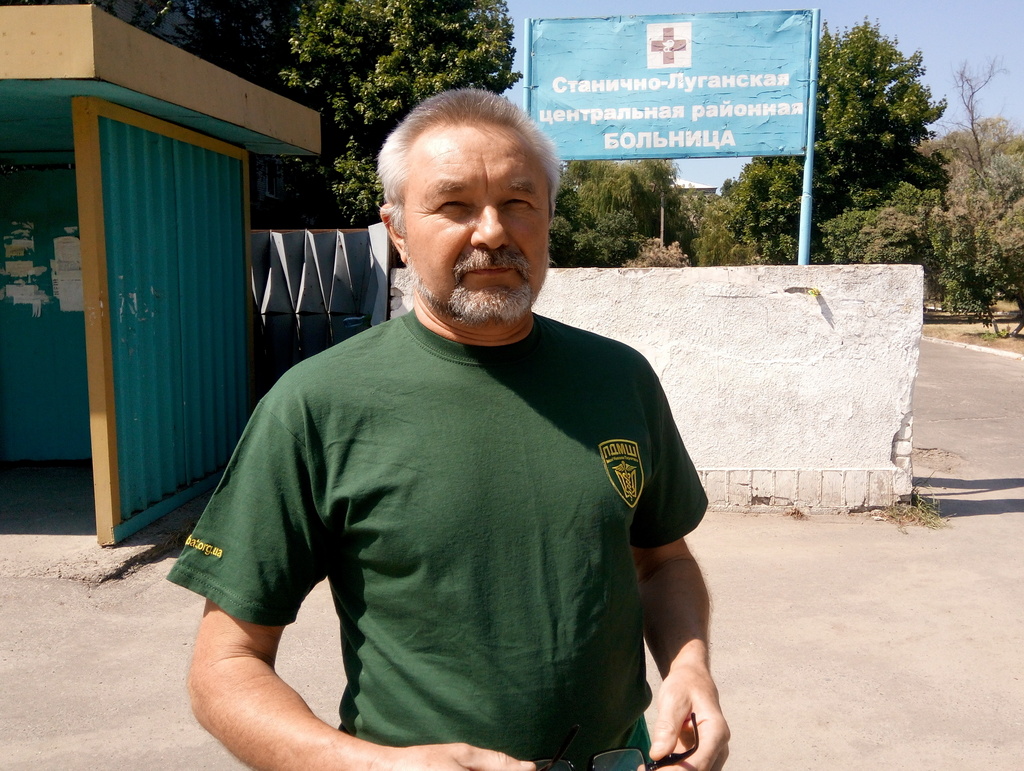 In August, Oleh Nykolyshyn, orthopedist-traumatologist of the Ternopil Oblast’s Kozova Central District Hospital and a volunteer of the Pirogov First Volunteer Mobile Hospital, worked at the Luhansk Oblast’s Stanytsya Luhanska CDH. The volunteer and zealot of traumatology has returned from the monthlong mission with a set of honorary documents.

These include two official certificates from the Stanytsya Luhanska District Medical Association, one given on the occasion of the Independence Day, Aug. 24, and the other one to thank him for his work. They mention his many years of conscientious work, high professionalism, devotion to the cause and active stand in the life.

The third document is unofficial, without a seal, handwritten on a few A4 sheets. It is probably most valuable, because it was written by his patients on their own initiative. In this way, 46 residents of the Stanytsya Luhanska District, who were in the CDH, made their farewell by expressing their acknowledgement for the doctor’s “kindly treatment, attention to patients, touch, understanding and professionalism.” During the mission, Oleh Nykolyshyn in collaboration with the Stanytsya Luhanska CDH head physician, Valeriy Ivanov, managed to file a utility patent application on a “Needle with a bead for wound washing and fistulography.” He also familiarized his eastern colleagues with a number of treatment techniques he had developed.