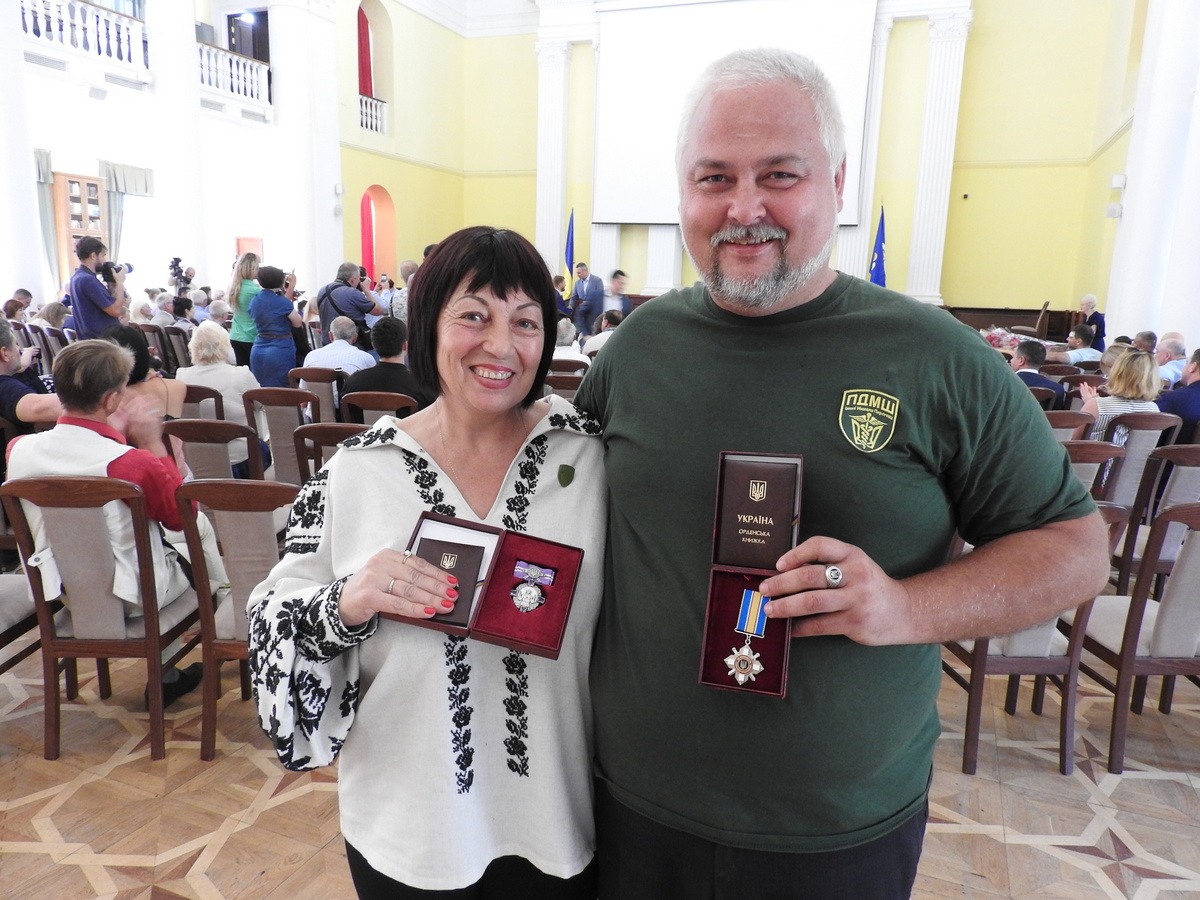 Yesterday at the Kyiv City State Administration, three veterans of the Pirogov First Volunteer Mobile Hospital received state awards conferred on them by a Presidential Decree before the Day of Medical Worker in June. Kyiv Mayor Vitali Klitschko handed Order for Valor, third grade, to surgeon Vadym Kozlovsky, Order of Princess Olha, third grade, to general practitioner Halyna Chernysh, and a badge for the Honored Physician of Ukraine title to Prof. Yaroslav Susak.

After the ceremony at the KCSA, Chernysh and Kozlovsky along with a few of their PFVMH colleagues went to the Museum of Ukrainian Revolution 1917-1921 for a performance by Chorea Kozacky band. The band’s leader Taras Kompanichenko warmly greeted the PFVMH volunteers.