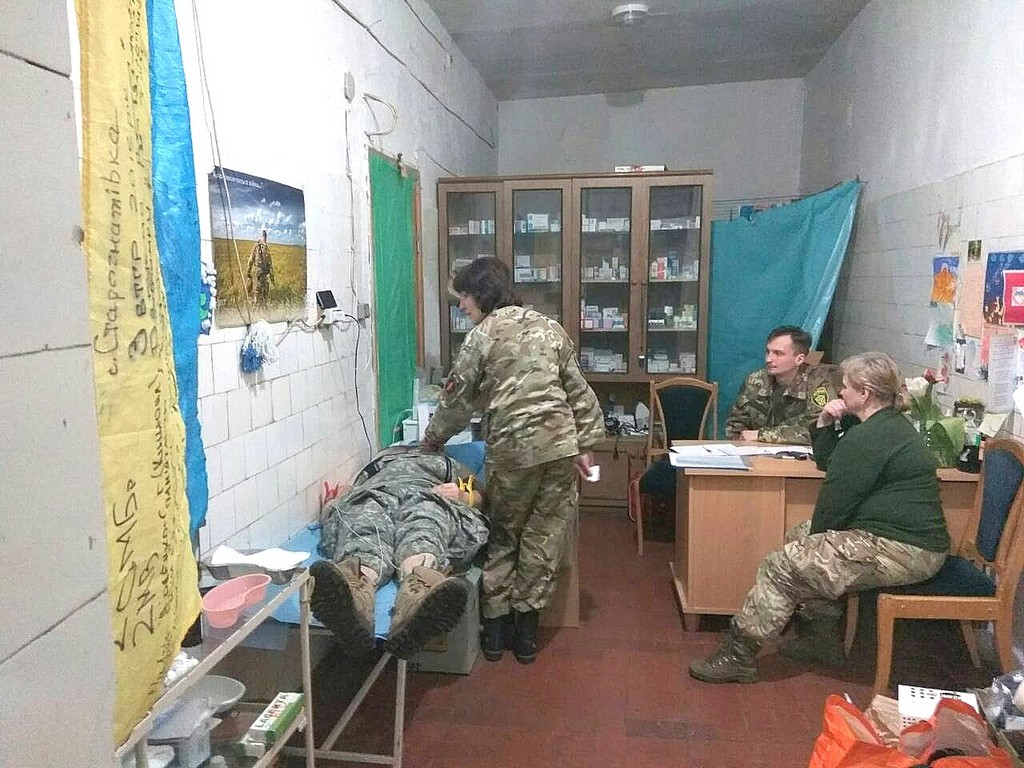 Today, a group of medics of the Pirogov First Volunteer Mobile Hospital launched preventive examinations of Ukrainian Volunteer Army warriors, who defend our Motherland against the Russian invasion. The survey will last for 10 days and will be carried out just on UVA positions at the front.

Mission initiator Viktoria Kramarenko, Kyiv City Clinical Hospital #2 deputy chief physician for the nursing staff, reported that examinations have already detected numerous health problems, especially among the youth. “Many of them have had injuries since Maidan and the beginning of the war,” she said.

Yesterday night, along with Viktoria and PFVMH Vice President for Logistics Ihor Buyvol, leaving Kyiv for Eastern Ukraine were cardiologist Iryna Kotsyubynska, traumatic surgeon Oleksiy Holubenko, paramedic Olena Mosiychuk and Armed Forces of Ukraine Chaplain Maksym Kozachyna, who had asked to be on the team as an orderly but, according to Kramarenko, “it would be good if he worked as a psychologist.” At their destination, they were joined by Serhiy Kyselyov, driver and Patriots of Ukraine foundation chairman, and Mykola Dorofeyev, masseur disciple of renowned Mykola Kasyan. A sonographer is expected to join the team tomorrow.

The volunteer medics have also brought to volunteer warriors medicines, disinfectants, food and other humanitarian cargo – “a busload.” They will fill out a personal medical card for each examined fighter.