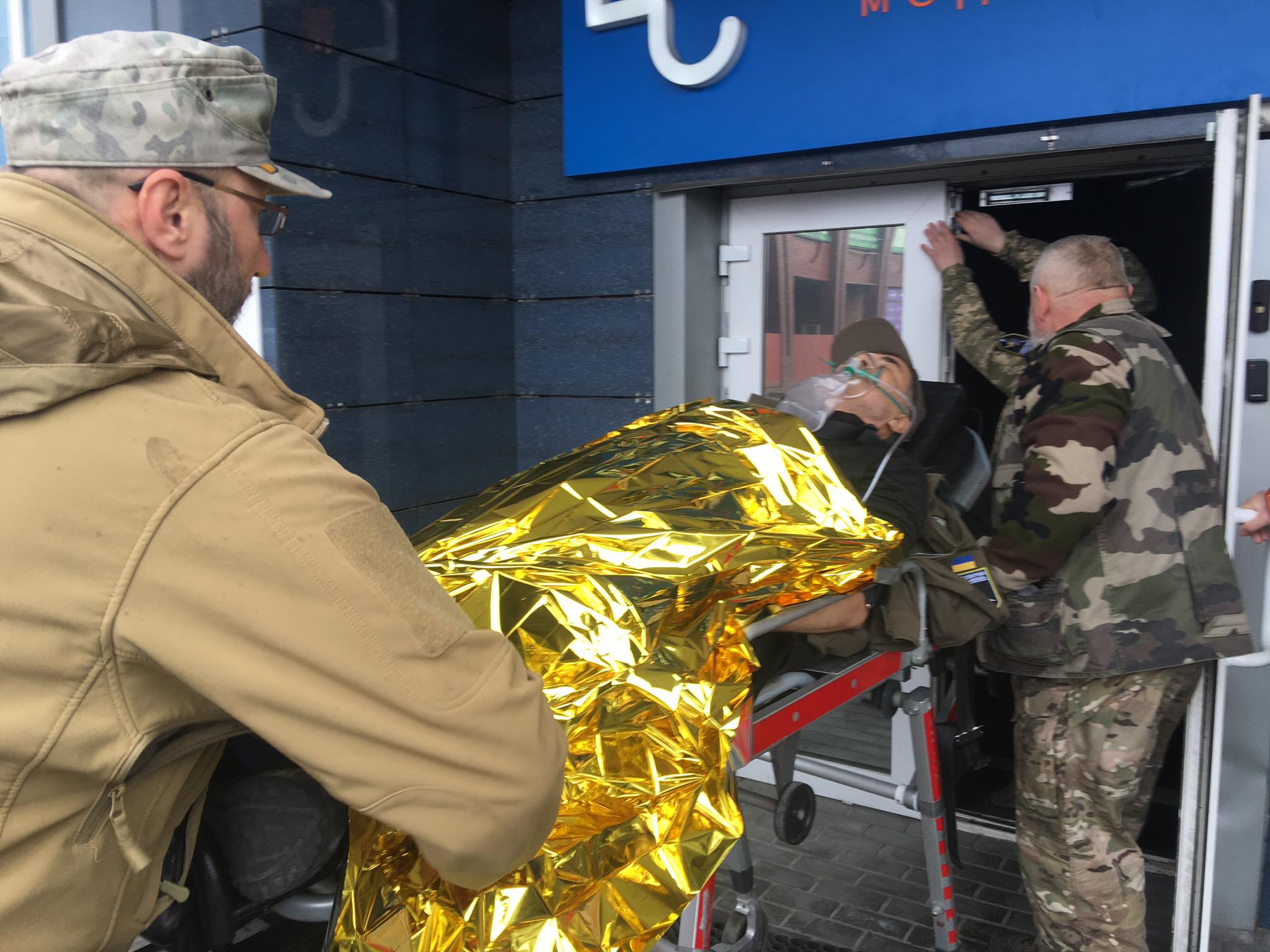 PFVMH volunteer medics save the life of a well-known volunteer

Yesterday, a PFVMH ambulance team that came to well-known volunteer Andriy Boyechko to pick up humanitarian aid saved his life.

When “Vika,” “Corsa,” and “Kysil” arrived at Andriy’s place the latter was dying. The volunteer medics applied first aid to him and took him to the Strazhesko Institute of Cardiology.

“Half an hour later – and he would have been in the best of all possible worlds. We caught him on the way to that world,” the medics say.

From the hospital, when Andriy regained his conscience, he posted on Facebook what he had felt before the arrival of the ambulance:

I had a talk with Stepan Andriyovych [Bandera]!
Not a long one…
He says that Moscow will be burned down before the summer, we’ll take back Kuban and Krasnodar Krai and recover Crimea.
Khuilo will kick the bucket in April!
Mordor will fall apart into small bits.
And everything there will be Ukraine!

Victoria Kramarenko, you with your team have saved my life.
Had you been ten minutes late, I would have stayed with Bandera…
You are my angels and now I don’t even know what I owe you… convey my low bow to the guys.
We’ll settle everything after our Victory.