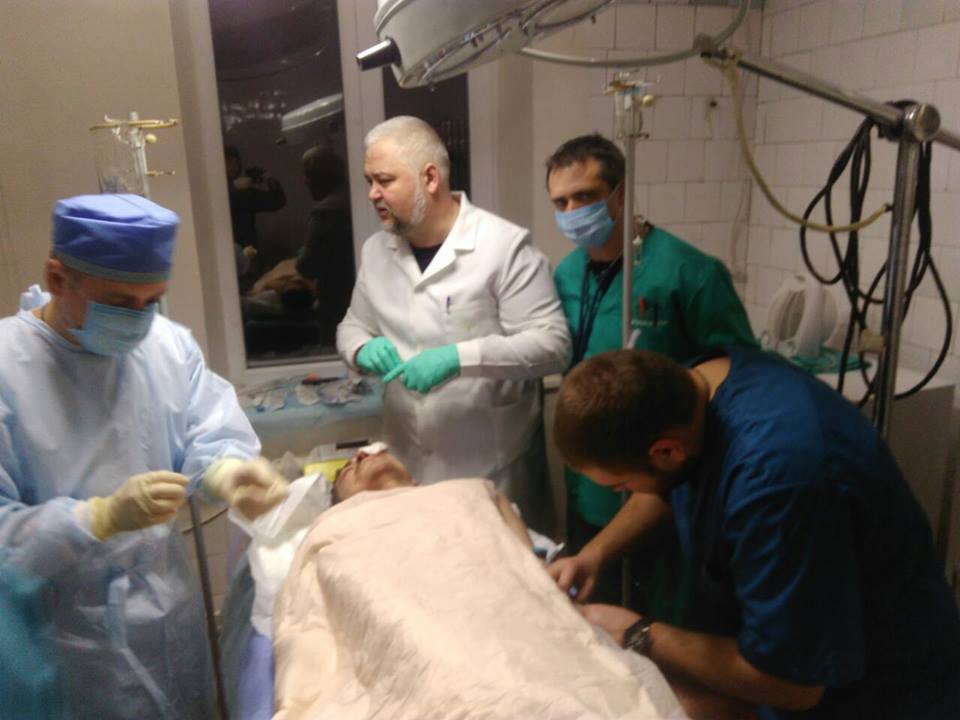 During his third rotation with the Pirogov First Volunteer Mobile Hospital, surgeon Vadym Kozlovsky from Smela, Cherkasy Oblast, provided medical care to about 100 patients, one third of whom were servicemen, and performed 30 surgeries. He said he has been working at the Popasna Central District Hospital, Luhansk Oblast, since Jan. 30, 2017.

Wounded soldiers are attended by Kozlovsky in conjunction with a team of military medics, including a surgeon, an anesthesiologist, a scrub nurse, and an anesthetist. “As for the locals, I attend them myself. They don’t have their own surgeon here,” Kozlovsky said.

The Popasna hospital does not have an urgent service, and civil surgical patients were brought 60 km to Lysychansk before. “After we arrived, such patients have become being operated and treated here. People are happy.”

According to the doctor, because of the attention presently attached to Avdiyivka (a city in Donetsk Oblast heavily shelled by the Russian forces), other front sectors remain unjustly forgotten. “I will not argue – they do have a hard time there. But here, near Novovozvanivka, three kilometers from Popasna, fights are every day as well. Every night they brought up to five wounded. There were skull, kidney, limb, femoral artery injuries. I don’t even count the bronchitis and pneumonia cases.”

Popasna is within the enemy’s reach too. On Feb. 21, an anti-tank guided missile burst near the outpatient department next to a bus stop. ATGMs have a shaped charge, so the explosion produced few splinters and nobody was injured, Kozlovsky said.

He also said, he was trained in tactical medicine and knows well how to provide aid to the wounded. “Therefore, sometimes I’m here the best specialist. I see that I’m needed here.”