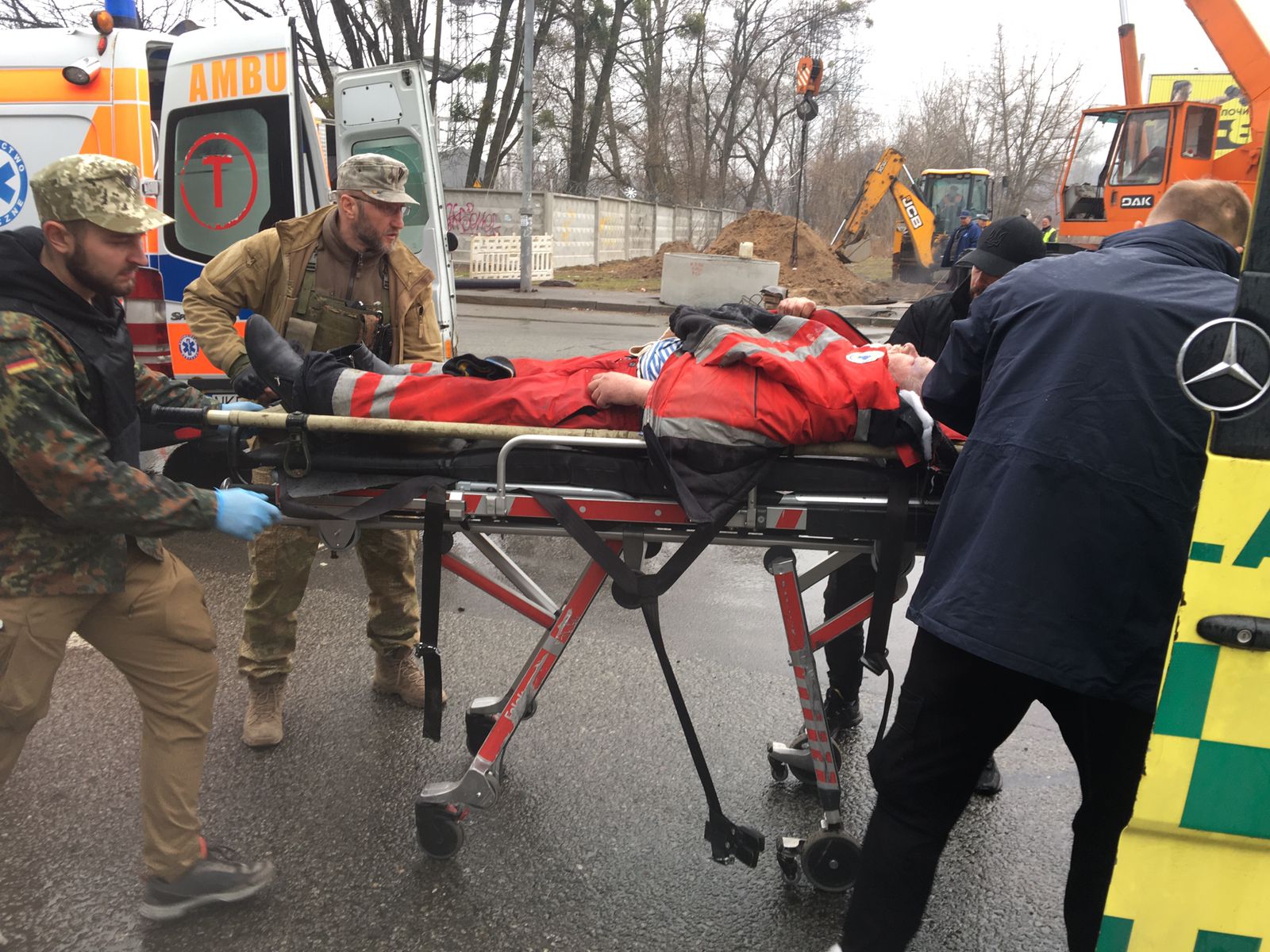 One of three PFVMH teams that were on duty near Irpin brought out two wounded warriors of the 130th Territorial Defense Battalion to Kyiv and an unconscious person who had spent two days in the cold under debris.

Two other teams evacuated local civilians, one team coming under fire during the evacuation.

The videos below show in detail the process of evacuating the person that was pulled out from under the debris.