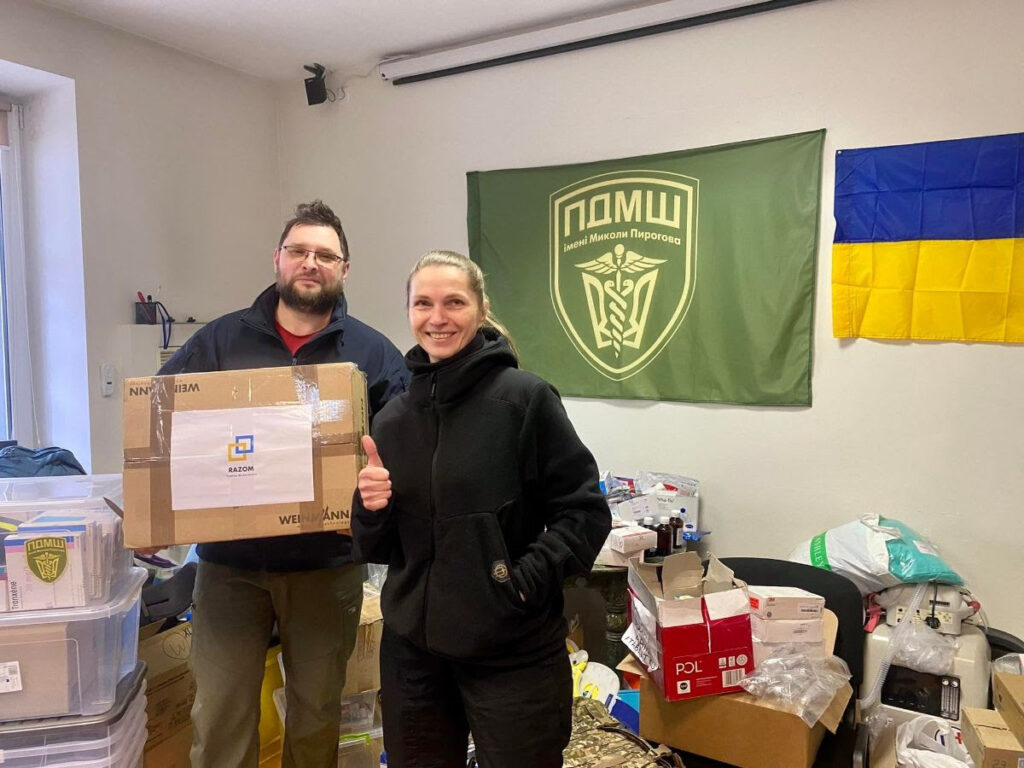 What does it mean to build a civil society? Can Ukraine become a model of new statehood where volunteer initiatives surpass the professionalism and efficiency of foreign organizations and government agencies? In the interview for Razom, co-founder and chairman of the PFVMH Supervisory Board, Gennadiy Druzenko shares his perspective.

Pirogov First Volunteer Mobile Hospital, or PFVMH, began to form after an attempt to disperse the Euromaidan in Kyiv by force on November 30, 2013. Volunteers, doctors, and medical professionals set up improvised medical brigades and later formed underground hospitals to help the victims of the Revolution of Dignity. In December 2014, PFVMH started working in the ATO zone. Over the next five years, more than half a thousand volunteers – physicians, paramedics, and support staff – did more than fifty rotations in the ATO area (later the JFO zone). They saved thousands of lives, and people started calling them the Angels in White Coats.

On February 24, 2022, russia launched its infamous and insidious war. Once again, the angels went where people needed them the most. For almost four months now, volunteer doctors, working in difficult frontline conditions and risking their lives, have been providing medical care to the victims: first in Kyiv and Zhytomyr, and since May in Donetsk and Luhansk oblasts. Lending a hand to mobile military hospitals, PFVMH has now set up its evacuation and stabilization points in Chasiv Yar and Sloviansk. Evacuation carriages also reach the Luhansk region near Lysychansk.

Donors and doctors from around the world join the project and help save the lives of military and civilian victims. Medical professionals from Germany, Austria, France, Great Britain, Canada, and the US have come to do the rotations. For example, in May this year, Jennifer Malley, a California emergency nurse, was part of one of the PFVMH crews. She was impressed by the results that Ukrainian doctors achieved with minimal resources and compared russia’s war against Ukraine with the biblical David and Goliath.

From its creation until today, PFVMH has existed exclusively on non-state funds. Since April 2022, Razom for Ukraine has been assisting the hospital with tactical medicine and has provided a grant of $95,000. These funds have already purchased a bus to evacuate the wounded and transport medics and fuel. During the war, the need for mobile equipment is exceptionally high. Right now, PFVMH requires a portable X-ray ($40,000) and armored ambulances.

It is important to understand that Pirogov First Volunteer Mobile Hospital is not only about medical care but also the community and the dedication of volunteers who save thousands of people. “This is the prototype of future Ukraine. We owe it to those who gave their lives for it.” – Gennadiy Druzenko