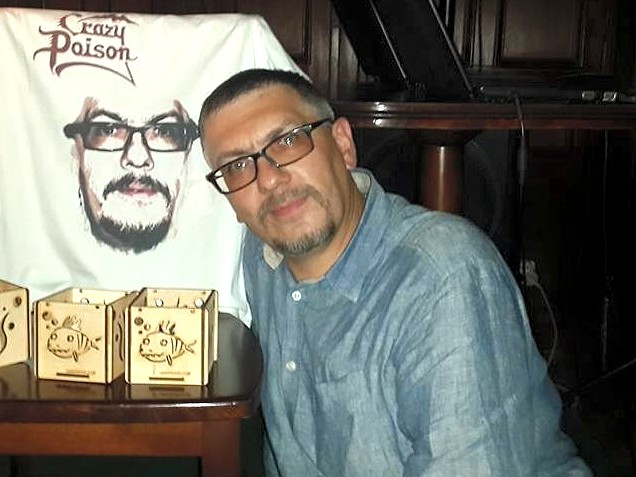 “Poisonous” Oleksandr Hahayev: “Somebody must do this job until everything in our army is put right and there appear medevac services like those made by volunteers”

Oleksandr Hahayev is the vice president of the Pirogov First Volunteer Mobile Hospital in charge of liaison with the Armed Forces of Ukraine and law enforcement agencies as well as the commander of the medical service reinforcement group for the 30th Mechanized Brigade. He is not just an extraordinary person but quite a charismatic and vivid personality: if the PFVMH ever decided to stage Faust, the part of Mephistopheles would certainly go to Oleksandr, nom de guerre “Poison.”

I began interviewing Hahayev in mid December 2016 in the Anti-Terrorist Operation zone on our way to Maryinka. He was driving and I “helped” him to steer the ambulance by asking questions, voice recorder thrust at his face. Whatever I had not enough time to ask then, I asked in a month by phone.

I thought that the media had passed over Oleksandr but was wrong: as long ago as in May 2015, Halytsky Korespondent had published a story titled “Nom de Guerre Poison.” Obviously, it was impossible to avoid repeating some facts already mentioned in that story. However, I hope the new life story of Hahayev will cast more light upon this vivid personality.

Read the interview with Oleksandr Hahayev in Ukrainian.