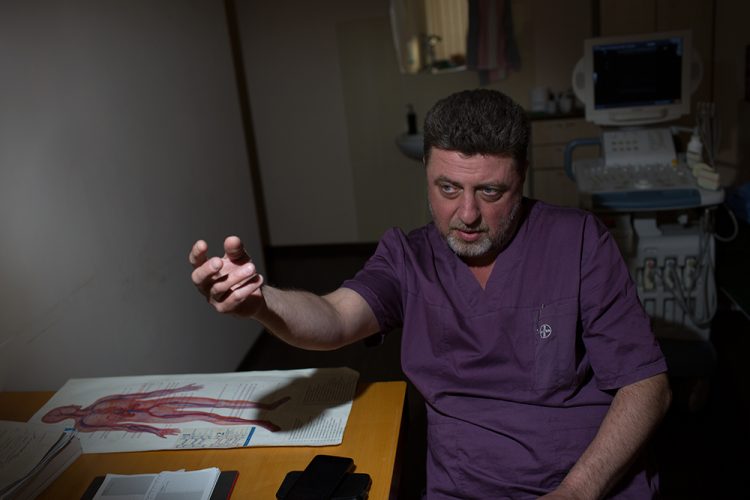 Vladyslav reacted to the news on his Facebook as follows: “I sincerely thank President of Ukraine for the New Year present. Special thanks to President of the PFVMH Gennadiy Druzenko and all the comrade volunteers, owing to whom my name got into the decree. Merry holidays))).”

Vladyslav Horbovets, alias “Bruce Willis,” worked in Eastern Ukraine within five missions on the Pirogov First Volunteer Mobile Hospital, beginning from that in February 2015 – during the Battle of Debaltseve. Thanks to his skillful hands and the advanced technology for electric welding of vessels he had developed, it was possible to save limbs for many wounded Ukrainian warriors.

“Die-hard” Horbovets has participated in all Ukrainian “Maidans” since the 1990s. During the Revolution of Dignity he provided medical aid to protesters, and when the war broke out, he also tried to be useful doing what he did best (and better than many others): enrolled for a disaster medicine party that has never become operational in practice. In the fall of 2014, he learned about the PFVMH from TV news and immediately enrolled. That was how he got to the volunteer hospital’s second mission.

The work and service of Vladyslav Horbovets, holder of the III grade “For Valor” order, have not gone unnoticed by the Ukrainian media. In May 2016, a wonderful interview of Donetsk writer Volodymyr Rafeyenko with Vladyslav was published by Focus. He was also a hero of publications in Den (“Precision Diagnosis” by Valentyn Torba), Ukrainska Pravda. Zhyttya (“Task: Heal Ukraine” by Oleksandr Yaroschuk) and Hromadske Radio (“By Electric Welding We Cure Tissues that Were Torn Away 150 Ago” by Dmytro Tuzov).