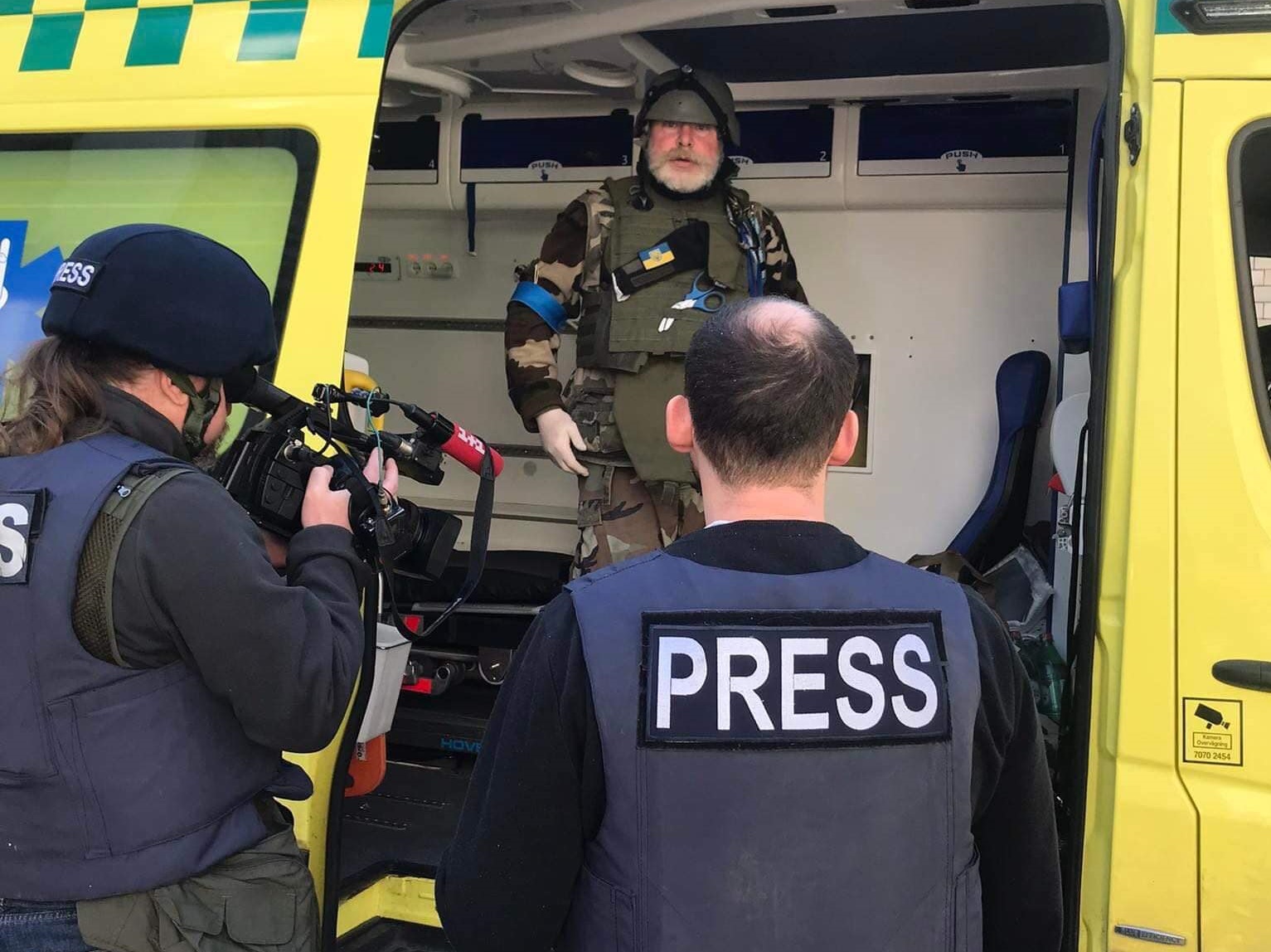 Report from Ukraine: a medical team evacuating the wounded in Irpin

The city of Kyiv is still under fire from the Russian army, almost a month after the invasion of Ukraine started. Fighting continues on the outskirts of the city and in the town of Irpin, northwest of the capital, where the last civilians are being evacuated to. The special envoy of France 24, Gwendoline Debono, spent a day in these high-risk round trips with volunteer doctors.

Their yellow ambulance is synonymous with deliverance for the inhabitants still stranded near the fronts where Ukrainian troops are fighting against the Russian army. Taras, a doctor in France of Ukrainian origin, decided to leave Corsica, where he practiced when the war started in Ukraine, to become a volunteer doctor in the conflict zone.

Taras always teams up with Serhiy, the driver. That day, they go to look for civilians trapped in the town of Irpin on the edge of Kyiv, the Ukrainian capital. Residents in distress are brought to safety.

But Taras and Serhiy are often caught in the crossfire, which prevents them from approaching. As Ukrainian forces attempt to push back Russian artillery positions, they must take cover and wait.

Russian troops occasionally fire mortar rounds at the evacuation point, as Taras and Serhiy try to get residents into the ambulance. The violence of a shot makes Taras’ vehicle tremble and he loses his balance. The doctor struggles to enjoin the inhabitants of a house to take refuge in his ambulance: the din of three other detonations drowns out his voice.

They count the shards on their unarmored vehicle. There were no injuries that day. Tomorrow, Serhit and Taras will rescue other men, women, and children with their ambulance.