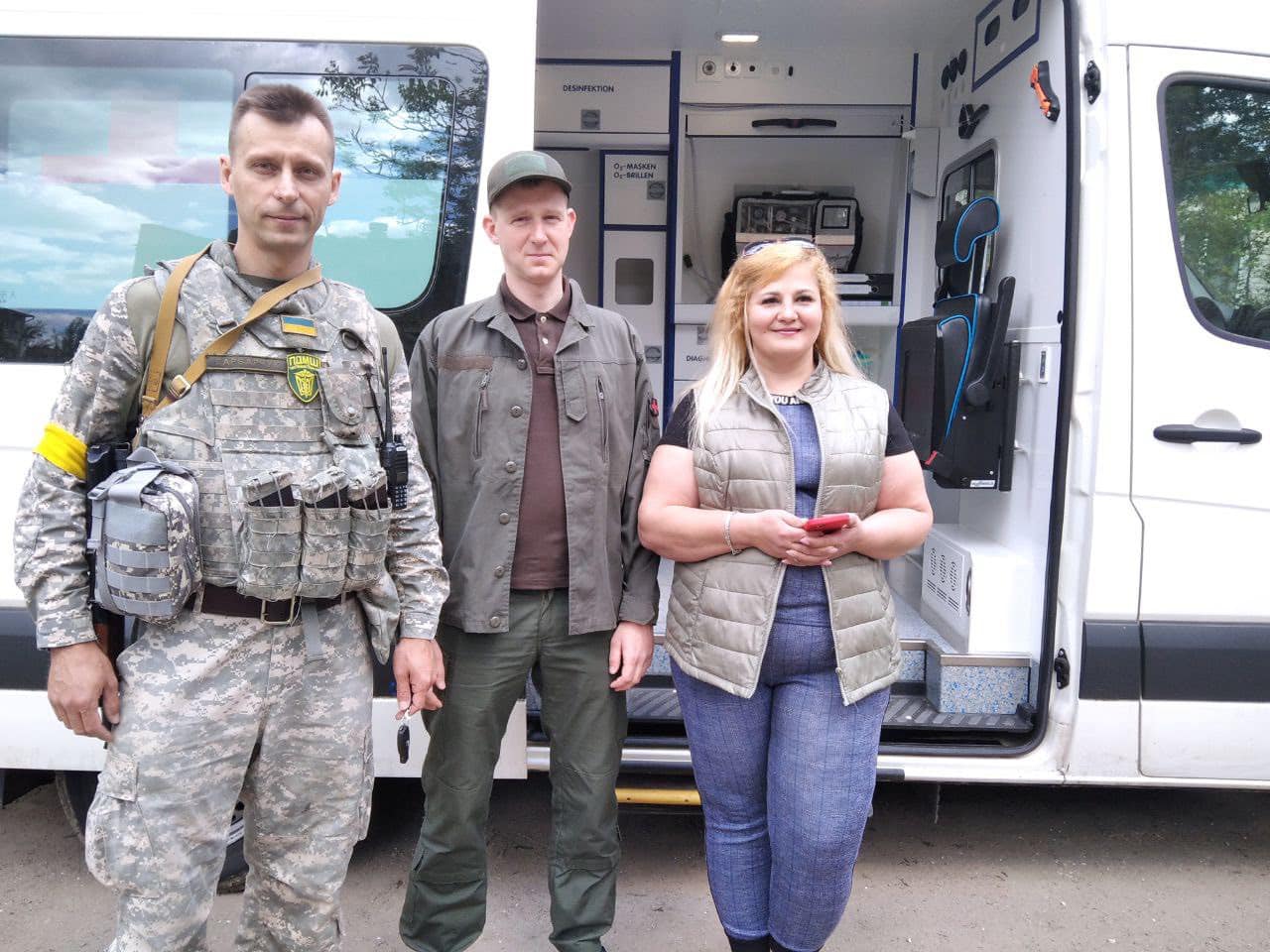 Since the beginning of full-scale war, Zhytomyr PFVMH Detachment has assisted 700 patients

Over three months of activity, the Zhytomyr PFVMH Detachment provided medical care to 700 servicemen and civilians, of whom 588 patients were taken to medical institutions in the city and the region, detachment commander Serhiy Harbarchuk reported.

The results of their work are impressive – given that the Zhytomyr PFVMH Detachment was established on the third day of the war based on only one minibus received from a private organization. The bus was converted into an evacuation vehicle, which was used by volunteer medics to go to the calls from checkpoints. Soon, two more vehicles were added and the number of medics – Zhytomyr ambulance paramedics – increased. Currently, the detachment has up to 17 paramedics and 12 drivers.

They worked in the east and north of Zhytomyr Oblast. Every tenth warrior was taken directly from the red zone. Two medics of the detachment also took part in the medical evacuation of the wounded as a result of the air raid on the city. Unfortunately, it was impossible to save two victims.

The detachment began cooperating with the Military Hospital. With the arrival of resuscitation vehicles, the wounded with very complex injuries were transported to facilities all over Ukraine: Lviv, Cherkasy, Kyiv, Ivano-Frankivsk.

When the active hostilities around Zhytomyr stopped, the detachment deployed units in new locations in other regions – Odesa and Kharkiv. At the same time, part of the detachment in the Zhytomyr region remained fully operational and is still active, fulfilling the tasks set by the Armed Forces.