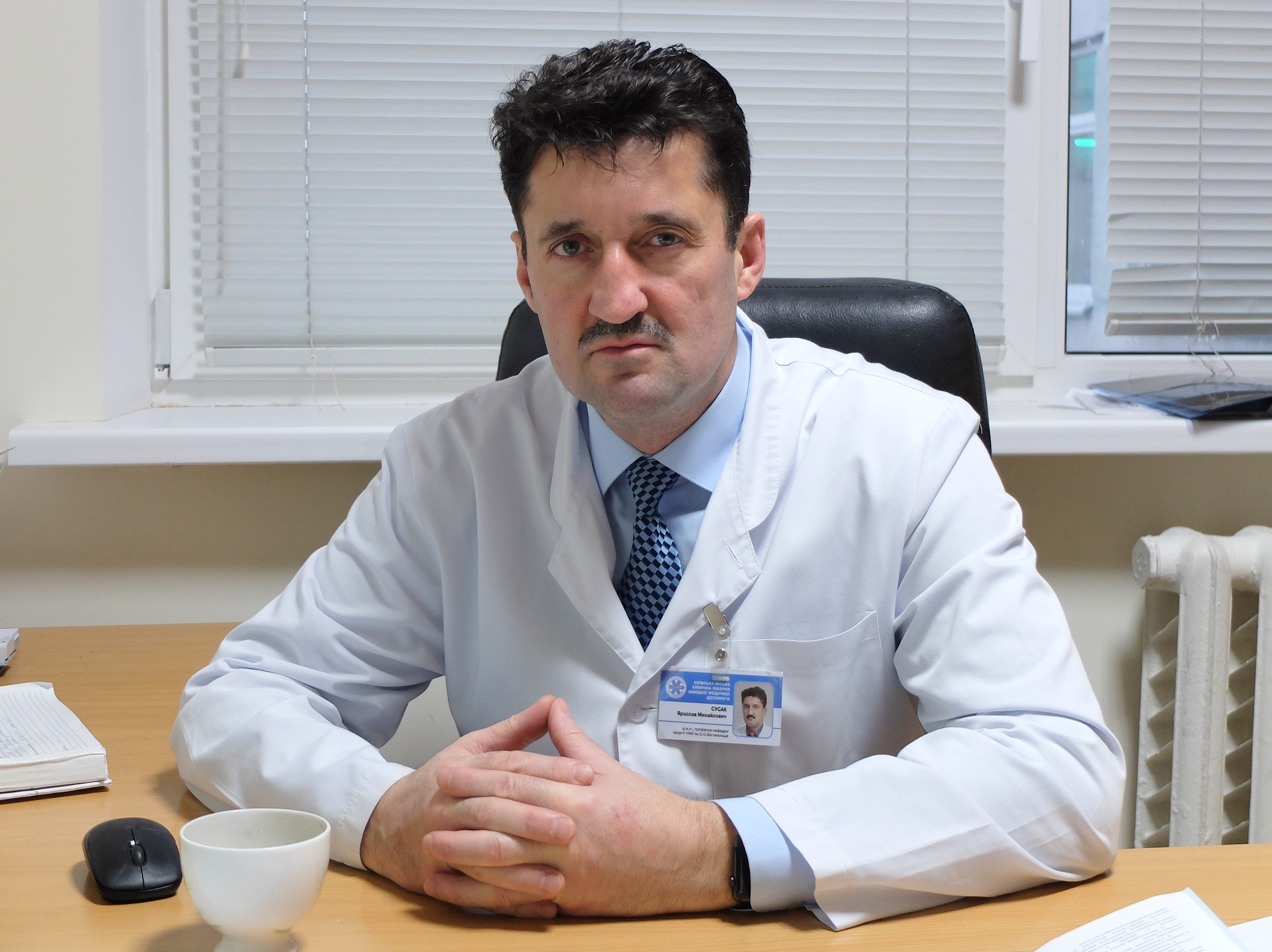 Surgeon Yaroslav Susak: “As my late teacher Volodymyr Zemskov used to say when a patient lay on the operating table: ‘Here’s a piano – play it!'”

I was charged with the task to interview the professor of the Bohomolets National Medical University and a participant in the PFVMH February 2017 mission, Yaroslav Susak, as long ago as in late November 2017 – after the university’s team nominated him for the Honored Physician of Ukraine award.

However, it happened like in the old joke about the assassin of Italian politician Aldo Moro, who – the assassin – turned out to be a Soviet citizen with a famous surname (I don’t name it since don’t want to advertise one of probable candidates at the future presidential election in Ukraine). When asked why he did it, he answered: “Actually, I had to kill Mussolini, but it took them so long to issue my exit visa…”

So, it happened like that with me: first Prof. Susak was absent in Kyiv, then I was absent in Ukraine, and finally we met this mid January. A difference is that I did meet the person I had to interview.

According to the State Award Nomination Form, Yaroslav Susak has “approved himself a disciplined, enterprising, experienced and attentive doctor.” With his colleagues, he has developed a system for treating acute necrotizing pancreatitis and put it into clinical practice. An active researcher, he is an author of over 170 scientific works, including 20 patents. In 1997, he was decorated with the European Parliament’s Order of Dignity for his scientific achievements.

In its separate paragraph, the State Award Nomination Form mentions that “in February 2017, Yaroslav Susak worked as surgeon at the Stanytsya Luhanska Central District Hospital as member of the Pirogov First Volunteer Mobile Hospital (PFVMH). During the months, Yaroslav Susak was the clinical head of the former hospital’s surgical unit, made daily clinical rounds, conducted sophisticate operating interventions on servicemen and locals, and provided consultations to outpatients.”

To find out why and how Yaroslav Susak became a surgeon, how it happened that he went on mission with the PFVMH, and a lot of other interesting things, read an extensive interview with him in Ukrainian.