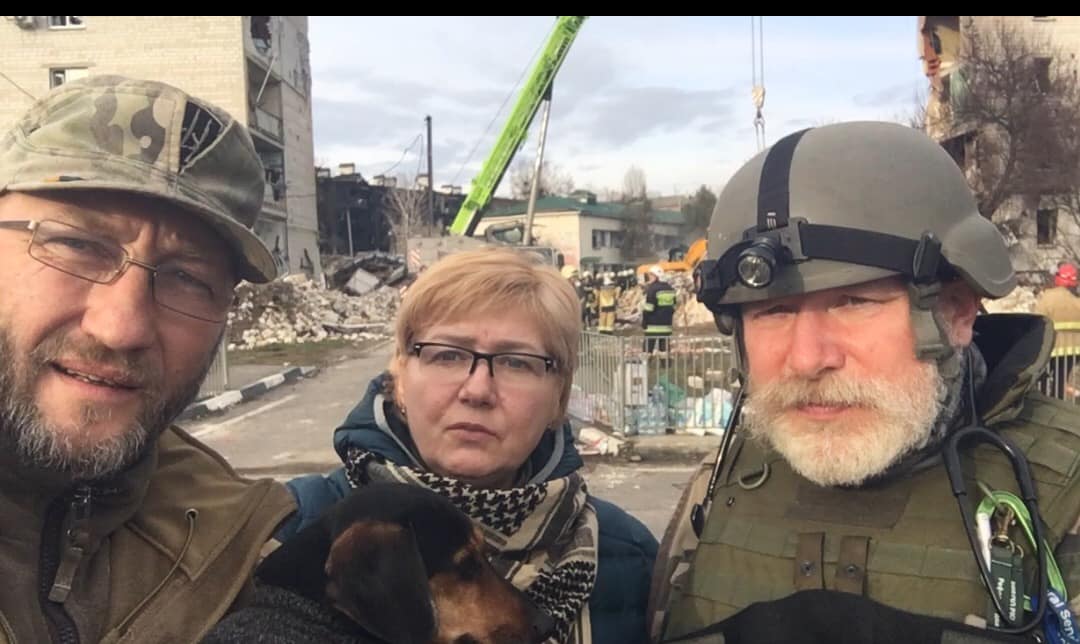 Radio NV anchor Dmytro Tuzov had a chat with the crew of an ambulance that had evacuated people from Irpin when the battles in the region were in full swing – Taras Pankevych, Viktoria Kramarenko, and Serhiy Kysilev.

The central figure of the interview is ethnic Ukrainian Taras Pankevych, nom de guerre Corsa, who has come from Corsica and now is going home.

“We cried yesterday. Our blood brother Corsa, who joined PFVMH in the first days of the war, had to go back home to Corsica. He has turned out to be an incredible person: a real warrior, doctor, and friend,” PFVMH leader Gennadiy Druzenko wrote in a Facebook post.

Listen to the interview on Radio NV.