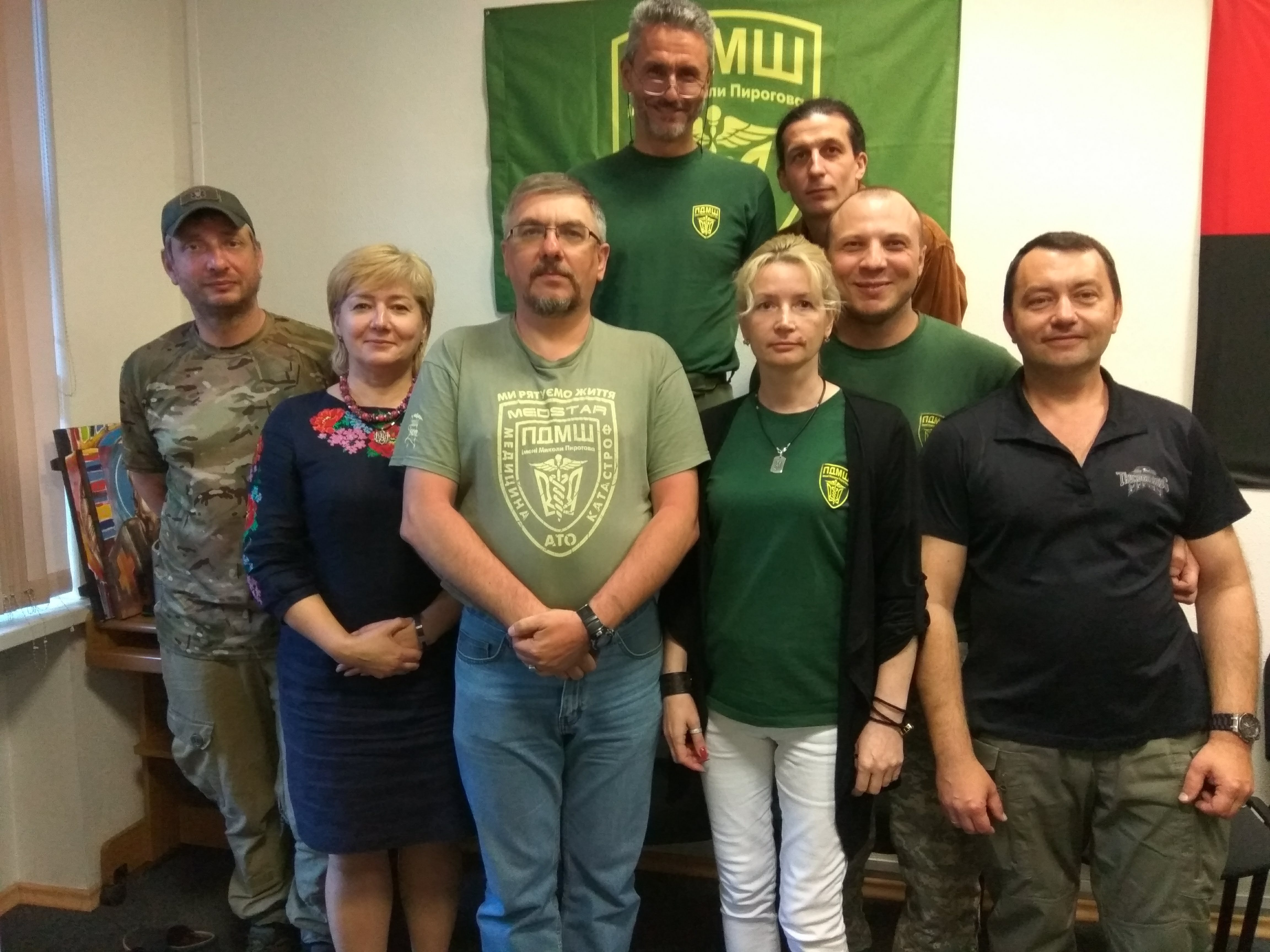 An informal apolitical address on the political moment in the country

As we reiterated earlier on several occasions, the Pirogov First Volunteer Mobile Hospital is beyond politics. Established during the hottest period of the war, it aimed at uniting efforts of patriotic medics from all corners of Ukraine (and not only) to save the lives and health of our defenders. With time, the project grew out of its initial activities and took care of civilians, too, and not only in the combat areas. In other words, the PFVMH started doing what we call “stitching up Ukraine.” It has turned into a big tight-knit community of concerned people from various regions and various strata of Ukrainian society. Our day-to-day work has been consistently proving that there are many more things uniting Ukrainians than those dividing them. In doing this, we have and will never become an “annex” to, or a “popularization tool” for, any political force.

However, by no means does this apolitical stance of the PFVMH mean that participants in this project have no political views of their own. Quite the contrary, as people with a super active position in life, the Pirogovites do have their vision of ways for the country to develop and of those who should be leaders in these ways. This diversity of views is evidenced by how some “hotheads” nearly damned and unfriended us after the PFVMH happened to accept endowments from those who, according to these hotheads, were unworthy of donating to the PFVMH.

Now, Ukraine once again undergoes an attempt of reloading, on which many people pin their hopes but nobody knows for sure its ultimate result. The snap election scheduled for July is opening a window of opportunities for politically active people against the societal demand for “new faces.” No doubt, there will be Pirogovites among them, which is good: the more PFVMH sympathizer MPs, the better.

During the electoral campaign, the Pirogovite candidates will certainly found themselves in the camps of different political forces and so will be competitors (and we know well what the Ukrainian electoral political “correctness” means). That is why, on May 21, 2019, a spearhead gathered in the PFVMH office to hammer out a common position as to the behavior of the volunteer hospital’s members and fans during the campaign. The brainstorming participants included (alphabetically) Viktor Belilovets, Ihor Buyvol, Tamila Danilevska, Gennadiy Druzenko, Oleksandr Hahayev, Oleksandr Klymenko, Viktoria Kramarenko, Ivan Ozhoh, and Oleksandr Zheleznyak. Oleh Shyba and Dmytro Vernyhor were with us mentally and virtually.

The brainstorming resulted in the following proposals and requests we are addressing to you:

Oleksandr KLYMENKO, artist, the main sponsor of the PFVMH

Oleksandr HAHAYEV, PFVMH Vice President in charge of liaison with the Armed Forces of Ukraine and law enforcement agencies