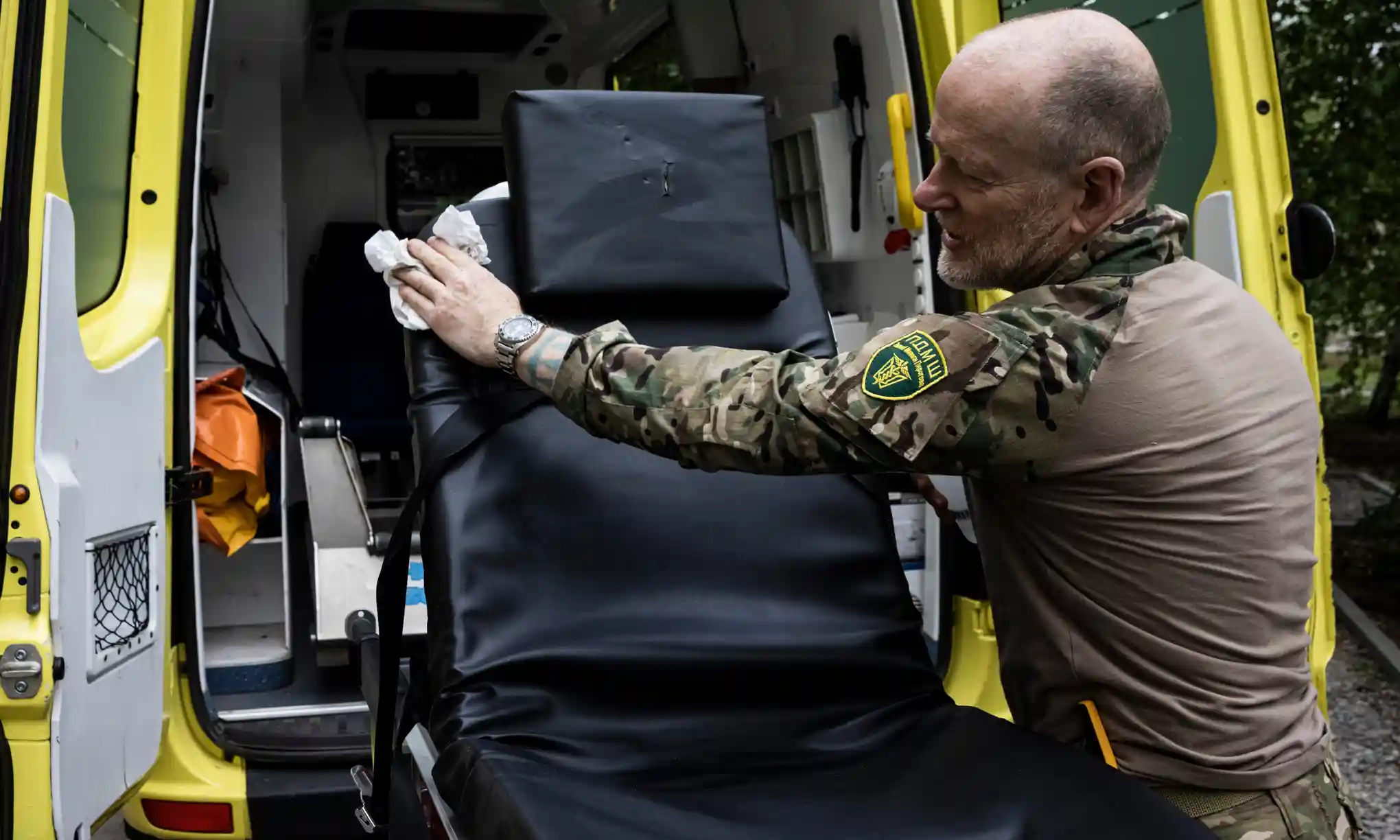 Unlike the hero of the popular series who left his job as a vascular surgeon at a prestigious London institution due to hemophobia and went to work as a GP in a small town, unimagined Martin Wyness and real hero left his business in Southampton and went to where blood flowed in streams – the war in Ukraine.

In his homeland, Martin runs a company that trains medics and rescuers to act in extreme situations. Once he saw a photo of a young girl dying in a Mariupol hospital after Russian shelling, and decided that he should go to Ukraine to help. “I felt this wasn’t Ukraine’s war, it was Europe’s war, my war,” he told The Guardian.

“We did not plan to take Martin to our team,” said Gennady Druzenko, leader of the Pirogov First Volunteer Mobile Hospital. “He just dropped in at our base in March to get acquainted. And the next day he was with PFVMH.”

Initially, Martin (nom de guerre “Picasso”) trained volunteer medics, but later succumbed and took his place in an ambulance crew. He worked in hot spots near Kyiv. Then he returned home, but again succumbed in May and came to the very hell – the eastern front. He worked within an evacuation team, which saved many lives of Ukrainian servicemen and civilians.

As it turned out, two reports on the British-Ukrainian hero from Southampton appeared almost simultaneously: yesterday, in a Guardian story about foreign volunteer medics at the front in Ukraine, and today, in a video interview with Martin Wyness of Ukrainian journalist Dmitry Tuzov. At the end of the interview, addressing Putin personally, Martin said: “What have you done? Fuck you!”

Read the article in The Guardian