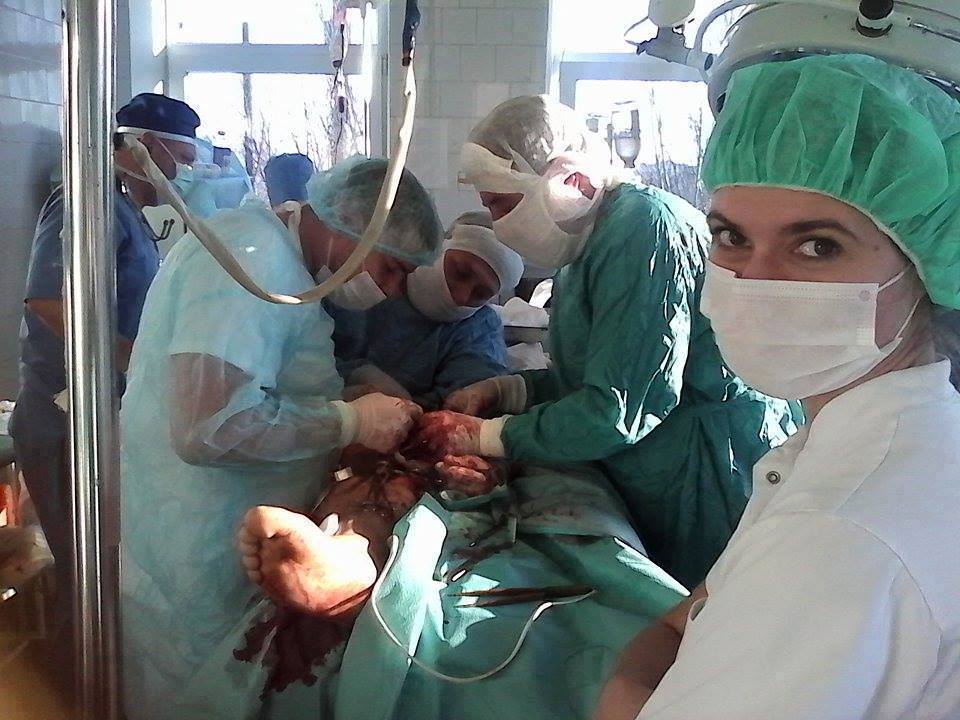 A week ago, the Pirogov First Volunteer Mobile Hospital had treated the 1000th patient since the beginning of its activities in the Anti-Terrorist Operation zone in December 2014. It happened during the fourth mission of the hospital in Eastern Ukraine.

“It’s difficult to say who exactly was our 1000th patient,” says PFVMH Project Manager and Logistics Department Chief Yevhen Nayshtetik, who led the fourth mission. “It could be the warrior from the 93th Detached Mechanized Brigade, who was badly wounded near the village of Pisky, or the civilian, a boy, with his fractured hand in the town of Popasna. Or it could be the driver from the 17th Tank Brigade, in whom we detected tuberculosis, through which we could have lost the entire strong point platoon.”

In general, according to the project manager, close to two thirds of the hospital’s patients are the military. The therapeutic patients significantly outnumber the surgical ones. As for the surgery, sometimes the PFVMH surgeons has to do interventions near the front line, Nayshtetik said.