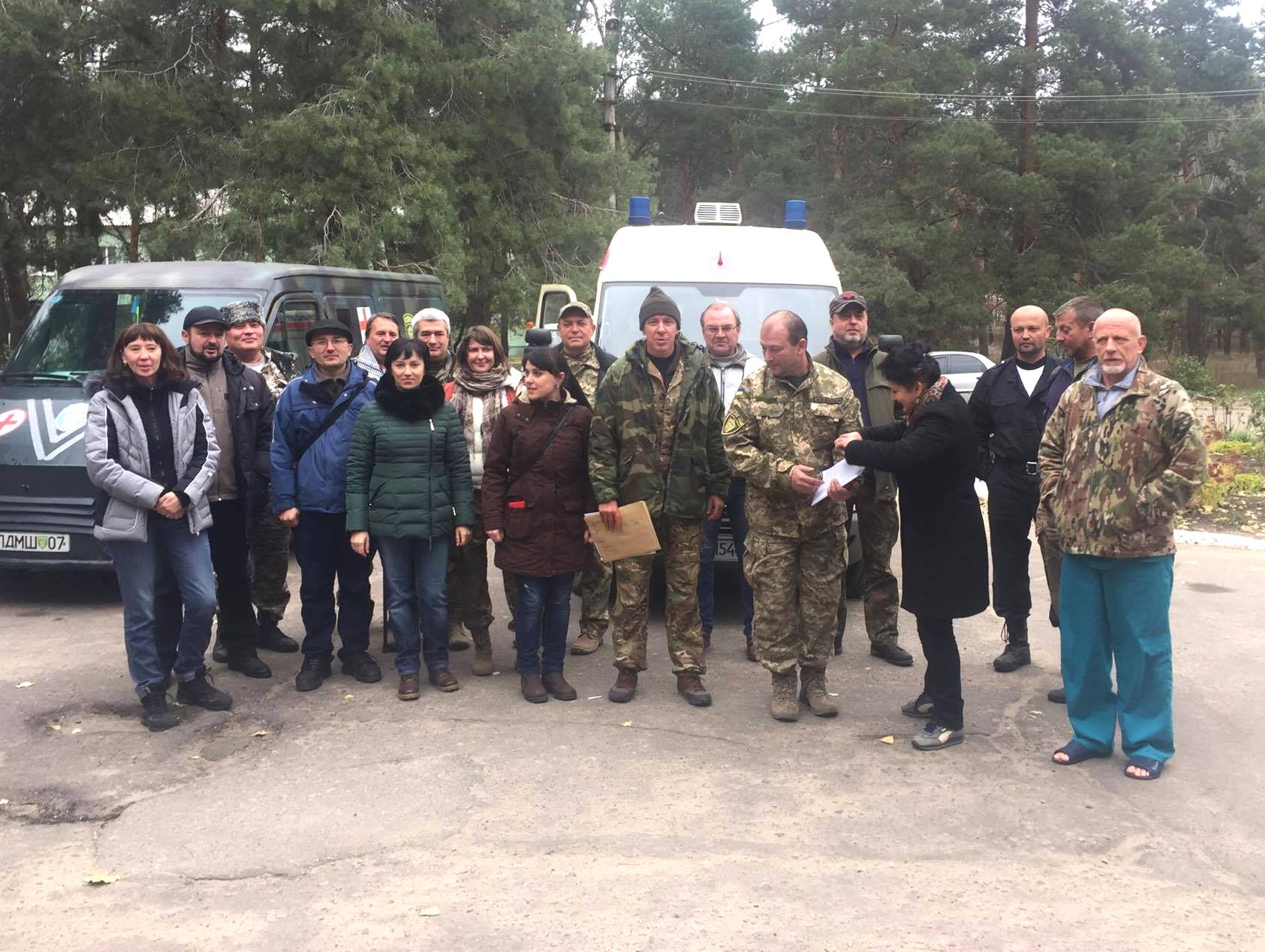 On Oct. 30, the Pirogov First Volunteer Mobile Hospital (PFVMH) completed its 19th mission, which lasted from Oct. 1. During this period, 24 volunteer medics provided medical aid to over 2,200 patients in hospitals of Luhansk Oblast’s Novoaydar, Schastya, Stanytsya Luhanska and Popasna and Donetsk Oblast’s Volnovakha, as well in four village paramedic stations in these oblasts.

According to PFVMH Head Doctor Dmytro Vernyhor, who led the mission, among these patients were 60 Ukrainian servicemen, including wounded soldiers. He reported a total of 400 surgery and trauma cases. The mission featured the PFVMH’s 9000th patient, a 90-year-old resident of Novoaydar District, and shelling of Popasna hospital by Russian terrorists. In October the PFVMH also transferred a parcel of pharmaceuticals, received from a benefactor, to Novoaydar District’s health care institutions, and its doctors in Stanytsya Luhanska helped locals plant an orchard.

In recognition of their work, the 19th mission medics received diplomas of acknowledgement from the 59th Military Mobile Hospital, Novoaydar and Stanytsya Luhanska authorities, local health care associations and hospitals, as well as one of the military units that participate in the Anti-Terrorist Operation.

The PFVMH’s 20th mission in Eastern Ukraine is beginning on Oct. 31.