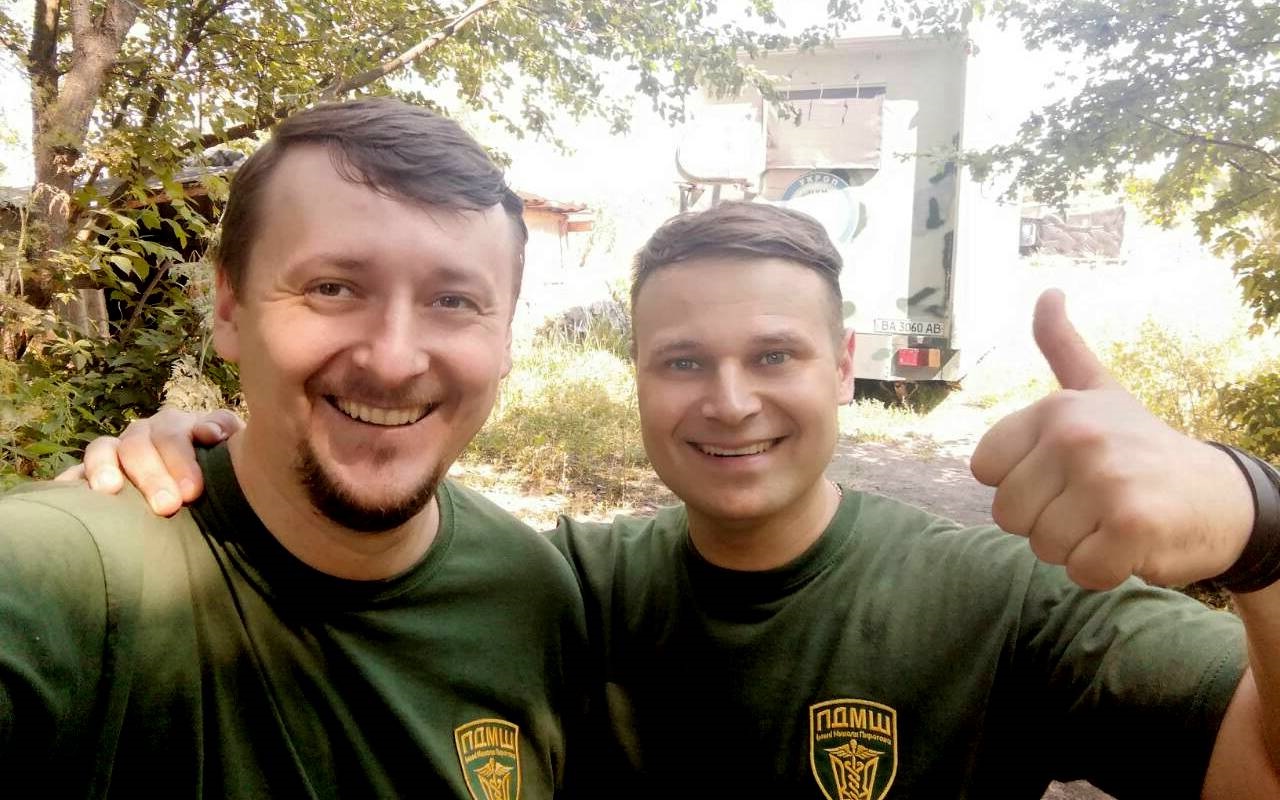 In the framework of the June mission of the Pirogov First Volunteer Mobile Hospital, two stomatologists from Kyiv worked in the Joint Forces Operation zone using a mobile dental clinic lent by TryZub Dental, another volunteer project. In Luhansk Oblast’s Novoaydar District, they treated both civilians and combatants, in particular warriors of the Ukrainian Volunteer Army.

Oleksiy Pozdnyakov and Yevhen Solovey work together in one of Kyiv’s dental clinics. For Yevhen, this trip to Eastern Ukraine as part of the PFVMH was his first, whereas Oleksiy did his second mission (the first had been in 2016).

“We had about 300 patients during the month,” Pozdnyakov reported. “We visited the villages of Tryokhizbenka, Muratove, Krymske. Served both the military and civilians, children and adults. We spent half of the mission on the UVA base.”

As a matter of fact, the dental clinic on wheels was unable to enter Krymske, so it deployed 100 meters from the river crossing to the village. Villagers were brought to the doctors in a school bus and a Niva off-road, and the military came themselves. The Kyivan dentists say living in Krymske was “fun” since the Russian occupants entertained them with “fireworks.” The mobile dental clinic was a truck appropriately reequipped by TryZub Dental volunteers. It was lent to the PFVMH by Ihor Yaschenko, a cofounder of the organization.

“We worked from eight in the morning ‘until the last customer,’” Oleksiy says. “There was only one dental chair in the vehicle, so we distributed the workload based on our specialization. Yevhen is a stomatologist-surgeon, he extracts teeth, and I cure them. Anyway, Yevhen can do filling as well, and when I was exhausted, he picked up.”

According to the PFVMH doctors, the dental care problem in the JFO zone, including Novoaydar District, is as acute as the toothache. “There are dentists in Novoaydar, but a mobile dental clinic is very appropriate there because it’s difficult for people to get to the district center – the roads there are just terrible,” Oleksiy shared his impression.

He said there is a huge demand for dental care in the Armed Forces of Ukraine at or near the front line, too. He also pointed out that organization and logistics in the Ukrainian Volunteer Army were better that those in the AFU.