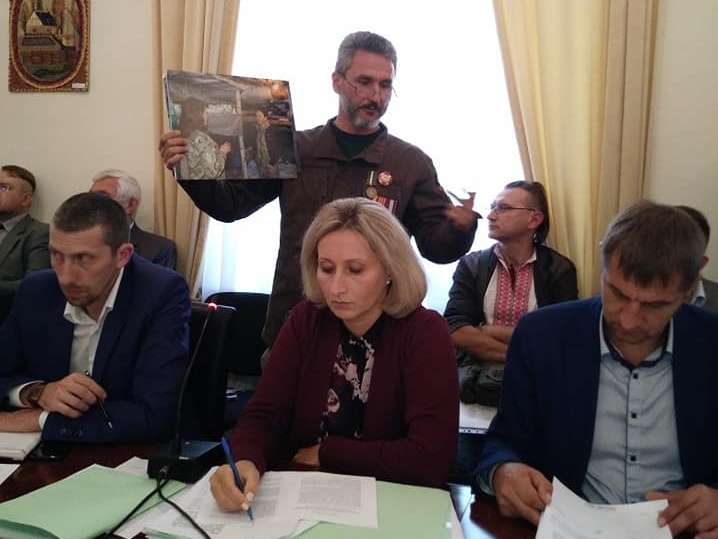 VR committee does not support bill drafted by PFVMH The Parliamentary Committee on Veteran Affairs has sent back to drafters for elaboration bill #8395 intended to amend the Law of Ukraine “On the status of war veterans and guarantees of their social protection.” The decision is identical to “axing” the draft law, according to the Supervisory Board chairman of the Pirogov First Volunteer Mobile Hospital, Gennadiy Druzenko, who participated in today’s meeting of the committee.

“How on earth can it be elaborated if the committee is against granting the combat participant status to ununiformed medics in principle?” Druzenko commented after the meeting.

“We saw how the committee, in which no one has fought, did not have a clue as to what they were discussing. Because if the matter were only about those who either participated or not in a battle clash, it would be one thing. But I reiterated that the people in the same conditions with the same risks for their lives did the same job. And if whether they are granted the combat participant status or not depends only on whether or not they have shoulder boards, it’s called discrimination or injustice,” said the PFVMH Supervisory Board chairman. Bill #8395 had been drafted by the PFVMH in collaboration with MPs and initiated by five lawmakers, including Andriy Antoschak, Oleh Musiy, Olha Bohomolets, Bohdan Matkivsky and Yevhen Rybchynsky. It had been registered with the Verkhovna Rada (Parliament) on May 23, 2018. The document aimed at ensuring fair attitude towards civilian medics who volunteered to work in the armed conflict zone in Eastern Ukraine, making them equal in their rights to military medics.

Besides Druzenko, the draft law was supported – actively and sometimes emotionally – by one of its authors, Andriy Antoschak, who is not a member of the Committee on Veteran Affairs. “It was very nice. It was clear that the person had fought and seen everything, and put all that through his heart. This once again refutes the widespread opinion that all MPs are alike,” Druzenko said. The main arguments against the bill, voiced by Committee Chairman Oleksandr Tretyakov and supported by committee members, was that what he called a violation of legislating principles as well as his apprehensions that “civilian road workers and drivers would come tomorrow” with the same demand. Another argument was that the recognition of medics combat participants would be a violation of the Geneva Convention and would allow the enemy to shoot at them. “One could think that now the Geneva Convention stops the aggressor,” Druzenko remarked.

The photo on the top is from the Tamara Shvets page.