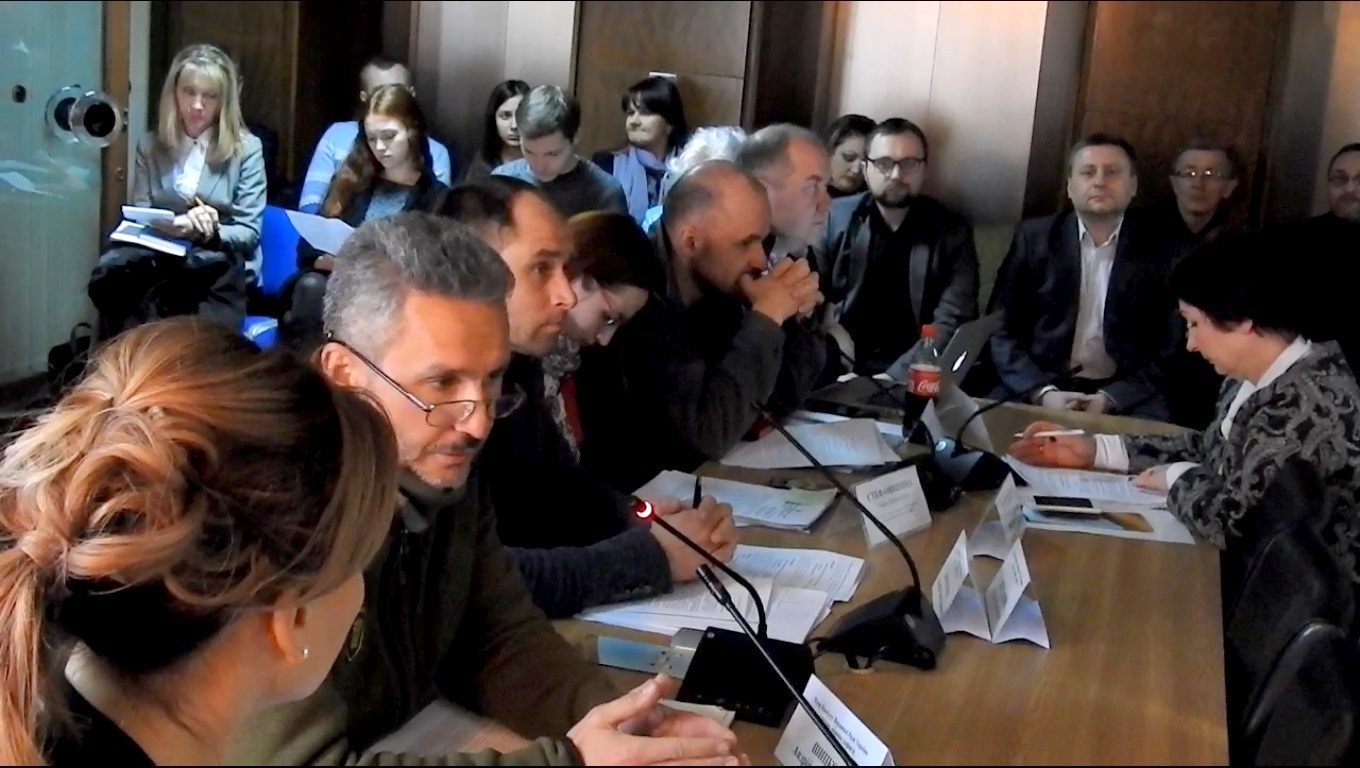 Pirogov First Volunteer Mobile Hospital President Gennadiy Druzenko on Wednesday asked the Parliamentary Committee on Health to take charge of amending Health Ministry Order No. 1254 in accordance with the transitional provisions of the so-called Donbas De-occupation Law. He also once again appealed to lawmakers on the necessity to eliminate the injustice in social security of “uniformed and ununiformed” medics that work at the front. The committee promised its support of the PFVMH on both issues.

In a letter the day before, the mobile hospital leader had asked the Verkhovna Rada Health Committee chairwoman, Olha Bohomolets, for permission to briefly speak at yesterday’s Committee meeting and then had been granted such permission.

Both in the letter and at the meeting, Druzenko pointed out that the PFVMH has managed to engage over 400 volunteer medics throughout Ukraine in provision of medical assistance in the Anti-Terrorist Operation areas. They have provided medical care to more than 30,000 servicemen and civilians on front-adjacent territories. “The PFVMH has achieved this success because we were able to legalize the volunteer activities of civil medics,” Druzenko said. He explained that it was possible due to the existence of a unique legal mechanism for the involvement of PFVMH volunteers, which comprises Health Ministry Order No. 1254 of Nov. 18, 2016, ‘On organization of missions of medical workers who volunteered to provide medical aid in ATO areas.'”

In January, Parliament adopted a law on de-occupation of Donbas, which came into force on Feb. 24 and replaced the ATO with “measures to ensure national security and defense and counter the Russian armed aggression in Donetsk and Luhansk Oblasts.” The law in its transitional provisions prescribed that the Cabinet of Ministers would ensure bringing all regulatory acts of central executive agencies in accordance with this law within one month. “This month is ending this Saturday,” Druzenko reminded at the meeting.

He said the PFVMH has drafted corresponding amendments to Order No. 1254 and on March 12 sent the draft to the Health Ministry. However, according to information the hospital has, these amendments have no chance of being approved within the period proscribed by the law. “I’m afraid, our April rotation, I mean some 30 to 40 medics, can be left in legal vacuum,” said Druzenko.

He also drew the lawmakers’ attention to the injustice of legislation in treating volunteer medics who work near the front line on a par with military medics but are not eligible for the same level of social security. It was not the first time the issue was raised. A piece of amending legislation, drafted by the PFVMH in conjunction with the Ombudsman Office and aimed at eliminating this injustice, had been in the Verkhovna Rada since as long ago as March 16, 2017 but never considered. Now, because of the Donbas de-occupation law adoption, a new bill is required.

The VR Health Committee at its meeting yesterday decided to forward Druzenko’s letter to the Health Ministry along with the Committee’s appeal in support of the PFVMH’s motion. MPs Oleh Musiy and Olha Bohomolets also volunteered to initiate amendments to the Law on War Veteran Status.