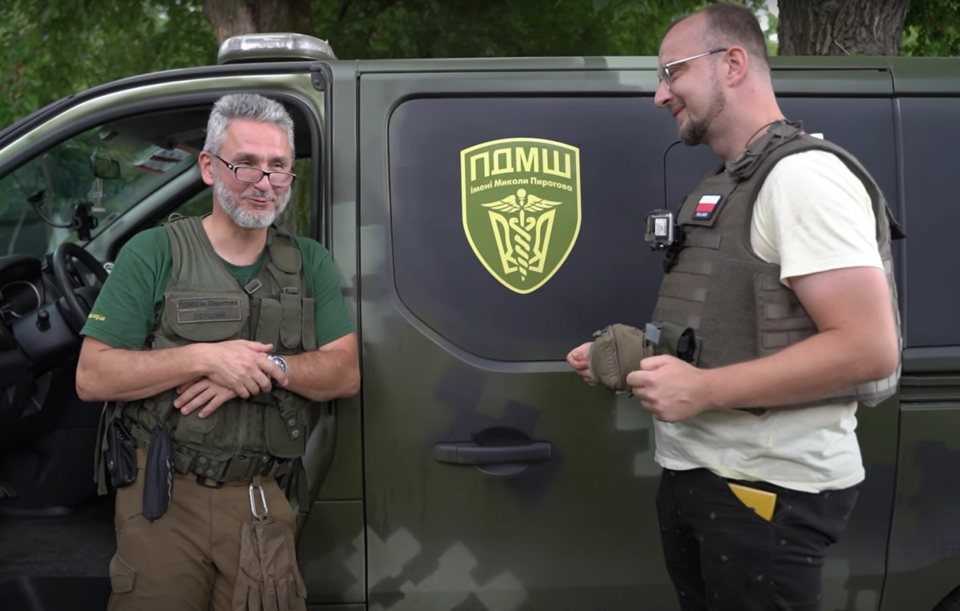 What does care for the wounded at the front look like? An amazing story and an important message: “When they managed to divide us, we used to end up in Siberia”

“Thank you, Polish brothers and sisters, for standing shoulder to shoulder with us and defending our and your freedom,” said Gennadiy Druzenko, founder and leader of the Pirogov First Volunteer Mobile Hospital, who in an interview with wPolsce.pl TV reporter Jakub Maciejewski talked about how he and his people save the wounded at the front.

Druzenko is a constitutional lawyer who taught university students before the war. His wife is a nurse who studied in Poznań. They both know Poland very well. Since the beginning of the war, they have been bravely helping near the front. Druzenko told Jakub Maciejewski about what do there.

“I’m not a doctor. In the rear, I organize the supply of medicines and cars and the promotion, but my wife, as a nurse, manages our evacuations,” he explained.

“I’ve never been so happy”

And although volunteers’ job is pro bono, applications from volunteers arrive from all over the world.

“People come from all over the world. Canada, Corsica, England, France, Germany, Austria… many countries. Now a Pole has applied,” he said.

“Remember that not only rescuers work with us. We feature very qualified personnel, we operate on the wounded, sew them up, provide a wide range of medical services, and prevent our people from going to heaven prematurely. This is great happiness. (…) I have never been as happy as during this work,” Druzenko confessed. According to him, his organization has been operating since 2014.

“We formed the first teams during the Revolution of Dignity when our students were beaten, but as an organization – the First Volunteer Mobile Hospital – we have been in existence for eight years,” he said.

When asked how many soldiers his organization had already helped, he replied:

“Before Feb. 24, 2022, alone, we counted around 50,000. patients. Since we came to Donbas during this invasion, we have saved 506 in the first month, 256 in the second, and 352 in the third. By all parameters, they would not have made it to the hospital, but we brought them on time. This is our greatest victory because we have defeated death more than once”.

“We had a guy here who survived apparent death. We saved him and the next day we prepared him a cake for his second birthday,” he added.

“Thank you, Polish brothers and sisters”

Druzenko also addressed a few words to the Poles, whom he thanked for their help.

“We come back to the Polish motto from the 19th century, or maybe earlier: ‘For our freedom and yours.’ It means that there is no freedom of Poland without free Ukraine, and there could be no free Ukraine without Poland’s support,” he stated.

“I am very grateful to the Poles. I have been to Poland many times, my wife studied in Poznań, it is not a foreign country for us. It’s good that the Poles have put aside everything that divided us and stood shoulder to shoulder with us against this horde. Because when we were together, we won, and when they managed to divide us, we ended up in Siberia,” he reminded.

“I thank you, Polish brothers and sisters, that you stand shoulder to shoulder with us and defend our and your freedom” he added at the end.

How can you join Druzenko’s organization? You have to go to the www.medbat.org.ua website, fill out the questionnaire, and then wait for a call from the organization.