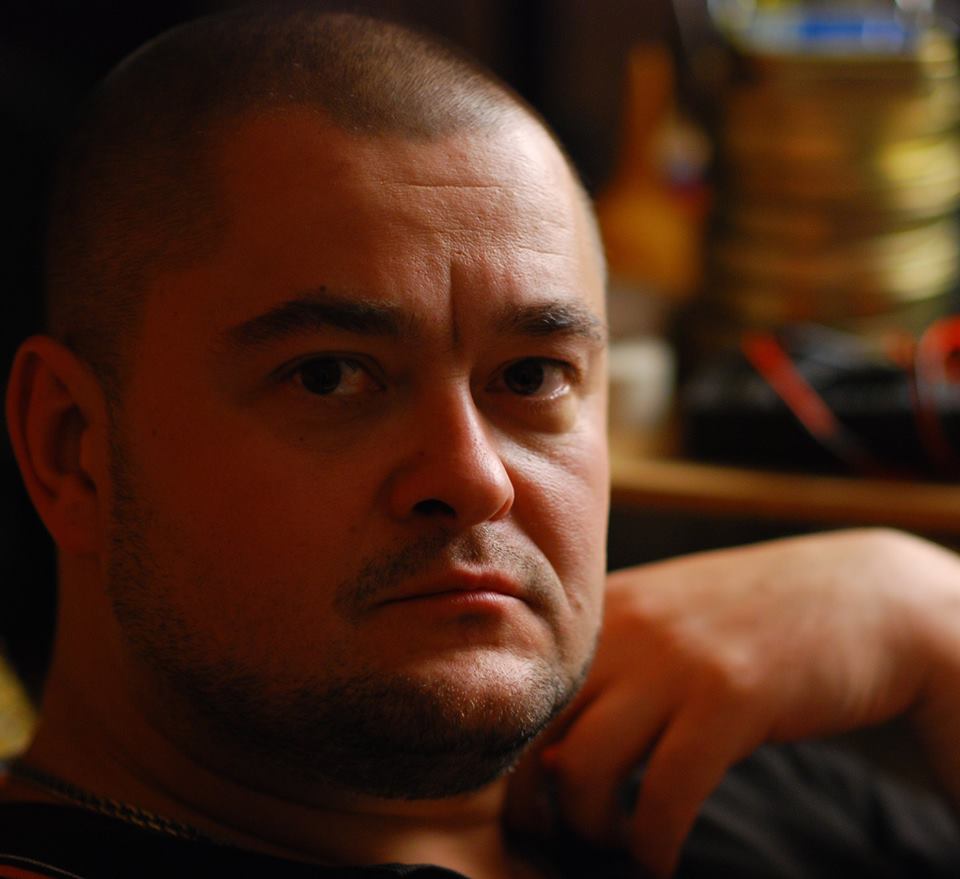 Writer Volodymyr Rafeyenko about PFVMH Doctors: “People Who Have Heart, Soul, and Wits”

During missions in the Anti-Terrorist Operation (ATO) zone, many colleagues of doctors from the Pirogov First Volunteer Mobile Hospital (PFVMH) – and eventually their patients – become surprised to learn that the volunteer medics do not derive any additional benefit from their activities in the East. What they are only eligible for is their regular salaries reserved for them at their permanent places of work. What is more, at their “permanent places of work” they do not have to dwell in hospitals or even trench shelters, go to bed to the accompaniment of shell bursts, and manually do their laundry in cold water.

So could it be that they are merely failed doctors who are – at least for some time – got rid of at their native medical institutions by sending them on a mission? Because given the current situation in Eastern Ukraine, hospitals there will be happy to have even such as they are?

Not only the above presumption is wrong but it is contrary to the reality: the hospital’s personnel are first-class doctors with waiting lists of patients in their own cities. It is easy to prove.

In March 2015, the chief cardiovascular surgeon with the Presidential State Management of Affairs, Oleh Lazarenko, was with the PFVMH in Artemivsk (now Bakhmut), Donetsk Oblast. In an interview for Focus, he explained how he had got there: “Guys from the hospital phoned and said they didn’t have a vascular surgeon. I said, ‘For God’s sake, I will go.'”

You can hardly call Oleh a failed doctor, and not only because of his office. A second-generation doctor, he worked at the Kyiv Institute for Clinical and Experimental Surgery (better known as Shalimov’s institute). As a vascular surgeon, he participated in Ukraine’s first digital replantation. “So it happened that I was at the cradle of microvascular surgery in Kyiv,” Oleh Lazarenko says.

The interview with Oleh was carried out by Ukrainian writer Volodymyr Rafeyenko, who had moved from Donetsk to Kyiv as the war had broken out in Donbas. This interview is the fourth with PFVMH doctors and the fifth having relation to the PFVMH in general (the first of the interviews was taken by Volodymyr from PFVMH cofounder and leader Gennadiy Druzenko). The author of six novels, two of which won awards in Russia before the war, he would hardly interview people unworthy of writing about.

There is one more vascular surgeon among the heroes (in the proper sense of the word) of his stories: Vladyslav Horobovets. Vladyslav is a vascular surgeon of the top classification category and a coauthor of a new treatment method for varicose disease – endovenous electric welding. When the war in the East began, he sought for an opportunity to be useful as a medic. In the fall of 2014, he saw a TSN news about the PFVMH. “I immediately enrolled as a volunteer. Failed to make it for the first mission but went on the second,” Vladyslav said. He has worked on several missions of the PFVMH – has been in Artemivsk, near Debaltseve, and in Popasna. Now he is also on a mission, in Novoaydar, Luhansk Oblast, using his extra 14-day leave, which is provided to ATO participants.

As for Lyudmyla Hlynyana, surgeon, oncologist and general practitioner, Volodymyr Rafeyenko writes, “she is not just well reputed, she is loved.” After 12 years of general surgery in the Dnipropetrovsk Oblast Central District Hospital, she qualified for oncology, and then trained for family medicine. How did she get to the ATO zone? “I was champing to get there. With this end in mind, I requalified as a surgeon. In December 2014, I saw a report on the PFVMH. Found their site and volunteer registration form. In February 2015, went on the mission to Artemivsk.”

The PFVMH research director, Illya Chaykovsky, PhD in medicine, conducted cardioscreening of hundreds of servicemen in 2015 in Bakhmut and in 2016 – to the accompaniment of the enemy’s artillery – Stanytsya Luhanska. In this exercise he used the fourth-generation cardiograph he had developed. Illya took his academic degrees both in Ukraine and in Germany, and has joint projects with universities of Oxford and Cambridge. “I could have stayed in Germany at a well-paid university job,” he confessed in the interview for Focus. He did no do so for two reasons. First, he did not want to lose connection with his native lingual and cultural environment. And second, he did not want to waist years on building a team required for serious projects: “Working with people at the Cybernetics Institute in Kyiv is a privilege for me. I would have never gathered such a team abroad.”

The conditions these first-class specialists had to be living and working in while in the East were very far from ideal even to our modest Ukrainian standards. Below are a few examples from the interviews:

Vladyslav Horobovets: “When we arrived, Debaltseve was still under the blockade. But the day after the road was deblocked, and there started coming trucks with the wounded. And I will never forget: a track pulls in, its sides are lowered, and the wounded are poured out like beans. Most of them are shell-shocked, they move somehow strange, everything is in soot and blood. It was very scary.”

Lyudmyla Hlynyana: “In the Artemivsk Central District Hospital we operated on four tables simultaneously. However, whereas the male surgeons did the same thing whole their lives, I could both assist and serve as a surgical nurse. And then, when I was exhausted, they sent me off to have a rest. I remember coming into the pre-op and there are soldiers waiting, sitting in wheelchairs and lying on gurneys, their uniforms covered with frozen blood. Well, I got down to helping orderlies: cut the uniforms, washed the wounded. I could not just turn my back on them and go to have a coffee or take a nap. And this was the mode we worked for more than a day.”

Oleh Lazarenko: “We were accommodated right in the hospital. Our washed things we hung to dry in the hospital yard. And from time to time, they were just pilfered. Let’s say, you’ve hung your underpants and socks, and now you see they are gone. Not that it was very annoying, but strange, to put it mildly.”

So what urges these people, even temporarily, to leave their snug homes, their patients, and their research and set off for the East? Probably, each of them has his or her own motivation. For example, asked about his impression of the mission, Oleh Lazarenko answered that “the main thing was that we were needed.” Whatever, a patriotic feeling was certainly present, whether consciously or unconsciously. Illya Chaykovsky gave his own notion of patriotism: “I think it is the reverse side of human dignity. The one who behaves with dignity cannot help being a patriot – he’s a patriot out of his internal want. You must play for this team, once you were born here. You can run away, looking for better places. It’s of course pragmatic but has not much to do with dignity.”

These are just four of 219 volunteer medics who have participated in the PFVMH over the entire period of its activities since its establishment in late 2014. It is clear that each of them will be hardly ever interviewed. These people live now, next to us. They are real heroes, not fictional, but we do not recognize them in a street or on a train because it is the way of the world. Maybe, someday these heroes will become characters of Volodymyr Rafeyenko’s new novel, at least he does not rule out such a possibility, although says he has not yet though of it. Asked what common did he find about them besides the fact that all of them were doctors, he said, “Good, real people – it’s so obvious. People who have heart and soul. And also wits, because it’s clear that it is not only your soul that makes a choice, your wits take part too. These interviews were interesting and important for me as a person.”

Read about the doctors on the Focus site:

as well as on PFVMH cofounder and leader Gennadiy Druzenko: