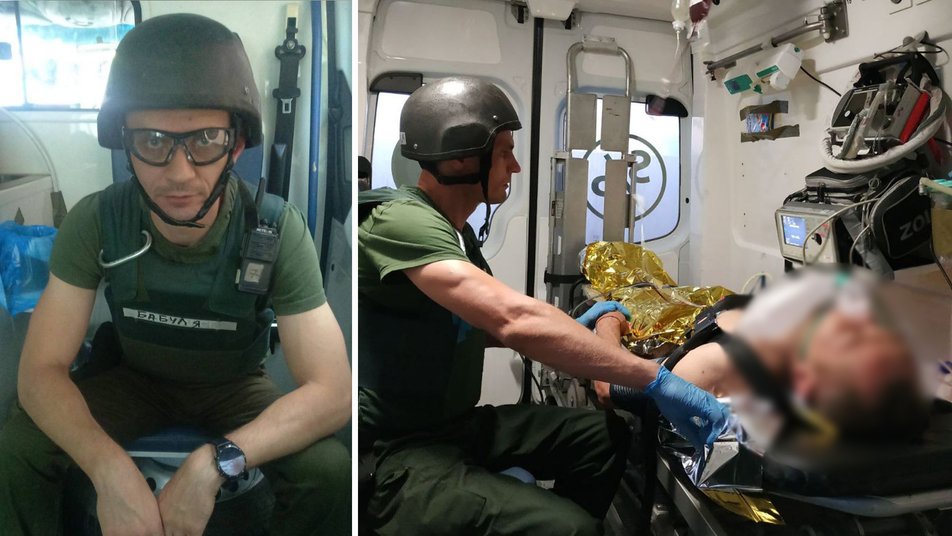 From the first days of Russia’s full-scale offensive, doctor Yaroslav Borysenko provided care in occupied Boromli and later in Bakhmut. In August, he was part of PFVMH.

“We went to Bakhmut, picked up the wounded and transported them,” says Yaroslav. “The front line was several kilometers away, the city was under fire. Of course, it’s not the same as sitting in a trench, but there was shelling near the hospital where we worked too. But I believe that we helped quite a bit there. The crew in which I was with Dmytro Dovhopolov, a paramedic from Sumy, took those most seriously injured. There were even cases of resuscitation during transportation.”

Read on the Suspilne website, where Yaroslav, a doctor of the Sumy Regional Center of Emergency Aid and Disaster Medicine and an instructor of the All-Ukrainian Resuscitation Council, met with the war, how he saved lives under fire, and how he learned to put up with the death of a patient.