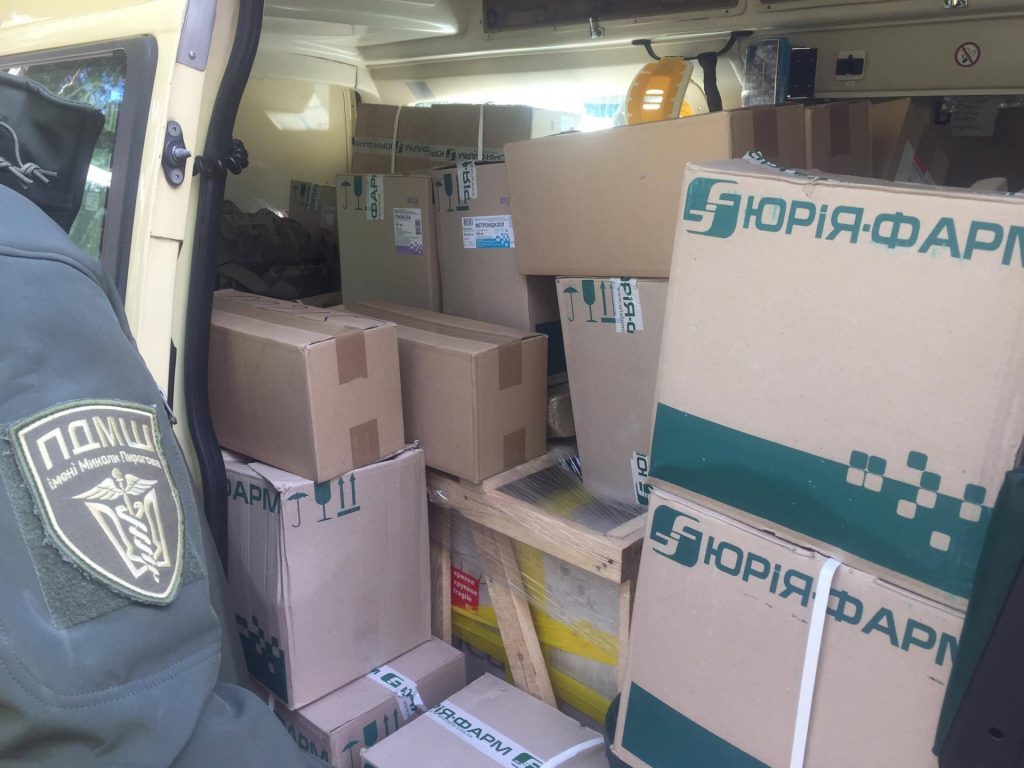 A parcel of pharmaceuticals, endowed by the Yuria-Pharm corporation and hauled free to Eastern Ukraine by Nova Poshta, has been delivered to health institutions of Novoaydar District in Luhansk Oblast, the Pirogov First Volunteer Mobile Hospital (PFVMH) head doctor reported.

According to Dmytro Vernyhor, who leads the PFVMH’s 19th mission in the East, UAH 40,000 worth of various infusion and injection solutions, as well as infusion cannulas and syringes, will be distributed among hospitals in Novoaydar and Schastya. These items were transferred to the PFVMH on the corporation’s initiative in accordance with a specification drawn up by doctors on the mission.

In turn, the PFVMH extends thanks for the charity to the producer of the pharmaceuticals, Yuria-Pharm, and the Nova Poshta postal service.

According to Yuria-Pharm HR Development Expert Inna Levenets, corporate social responsibility is one of the company’s business development strategies, and the endowment in question is not a one-time action. “Such free assistance is neither the first nor the last one. It is a component of our business,” Ms. Levenets said.

Nova Poshta helped the PFVMH effect the delivery under its social project on “Humanitarian Post of Ukraine.” The project enables volunteer organizations and spearheads to send and receive their humanitarian shipments free of charge in any of the company’s post offices throughout Ukraine.