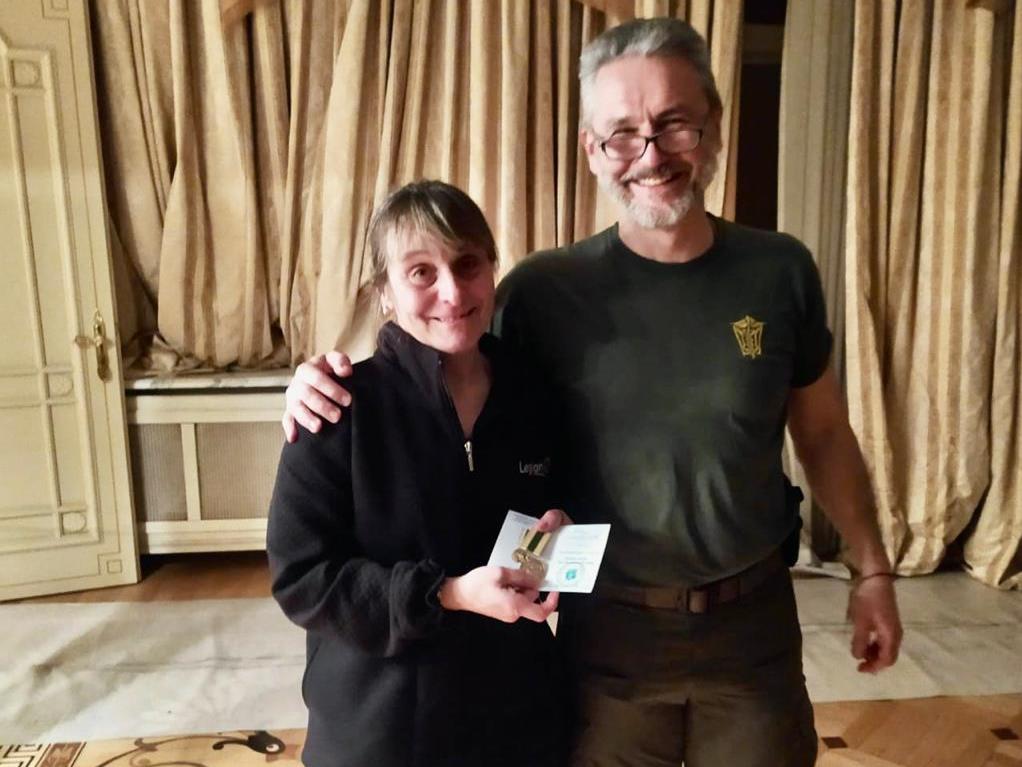 Ann, a former nurse with the Canadian military, is leaving Kyiv after her three-week volunteering with PFVMH. As a tangible farewell gift, she received a PFVMH badge, and as intangibles, the warmest feelings of gratitude from her new blood sisters and brothers as well as many Ukrainians whom she had helped.

Ann was part of PFVMH’s so-called “foreign legion” – an ambulance team of two Canadian and a British medics and a Ukrainian driver. The team was baptized by fire on Apr. 1 in the vicinity of Irpin, a hot spot of this war, from where they were evacuating civilians, including a 35-year local with gangrene in his frostbitten legs.

“So many atrocities,” Ann told CTV News a week later. “We are seeing all kinds of horrendous things that no normal person should be seeing.”

An area of hostilities is never safe whether you are a combatant or non-combatant. But when you encounter muscovite troops, the red cross on your vehicle could be a shooting mark rather than protection.

Besides treating wounds and other traumas, as well as caring for patients left without access to medical services for weeks of Russian occupation, the medics also distributed the humanitarian aid they had at hand.

Ann, who lives in Quebec, arrived in Ukraine in late March. “I decided on a Sunday morning,” she told CTV News. “I said that’s it. I gotta go. Whatever I can contribute.” She had found the name of the PFVMH, emailed its leader, Gennadiy Druzenko, and within 30 minutes, she had been invited to come on board.

She also said that coming to Ukraine made her “feel a little bit better about humanity.”