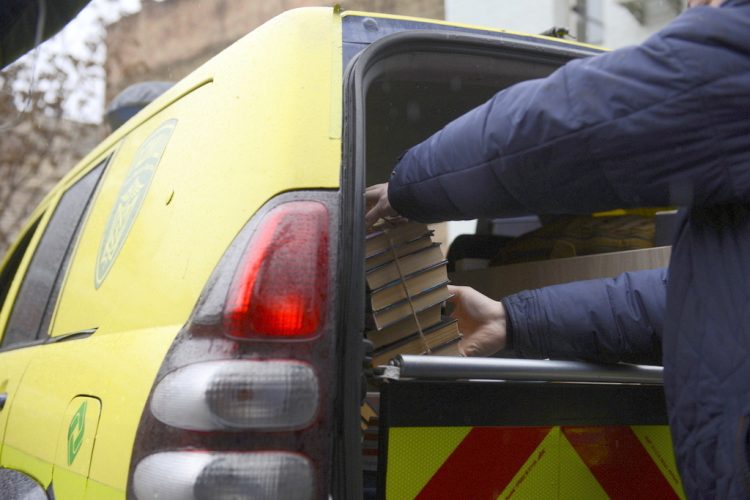 Today, the Pirogov First Volunteer Mobile Hospital once again became a newsmaker, having invited the media to the shipment of books, collected by Kyivans and bound for Eastern Ukraine. The books will be transported by the PFVMH vehicle that will drive the 35th civil mission’s medics to hospitals, and will be finally delivered to the library of the Stanytsya Luhanska Central District Hospital.

“This mission is special in that we will bring not only doctors and medicines but also, so to say, ‘spiritual food’ – books,” PFVMH President Gennadiy Druzenko commented.

Spravedlyvist movement leader Valentyn Nalyvaychenko also attended the event. He reported that the “Collect Books for Hospitals at the Front” action had been initiated by Lyudmyla Yaremenko, a Kyiv resident. She had contacted Nalyvaychenko via Facebook and asked to convey her own library to the front. Other people had joined the action, including Den journalists, who donated books and hot-off-the-press newspapers produced by them. Nalyvaychenko also mentioned Yevhen Marchuk, former Prime Minister, who had given his book “On the Way to NATO.”