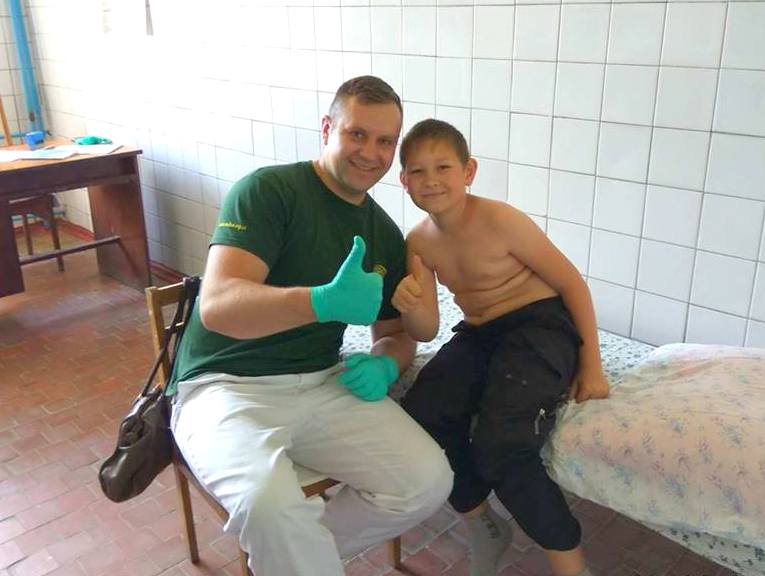 In Kreminna District, mobile team of PFVMH surveys half a thousand children within four days

Four doctors of the Pirogov First Volunteer Mobile Hospital with medics of the Severodonetsk clinic “Visium” conducted preventive examinations of children in Kreminna District, Luhansk Oblast. In four days, Tuesday to Friday, they surveyed a total of 493 little patients in the town of Kreminna and two villages in its district.

According to Executive Director of the Charitable Foundation “Pirogov First Volunteer Mobile Hospital” Tamila Danilevska, who accompanied the team and undertook organizing matters, the preventive survey detected abnormalities in every third child of those surveyed. She said some of them required highly specialized care and were referred to leading clinics in Kyiv.

The mission in Kreminna was the fifth such “pediatric landing party” of the PFVMH, the first four being carried out in Luhansk Oblast’s towns of Popasna, in February, March and April, and Rubizhne in May.