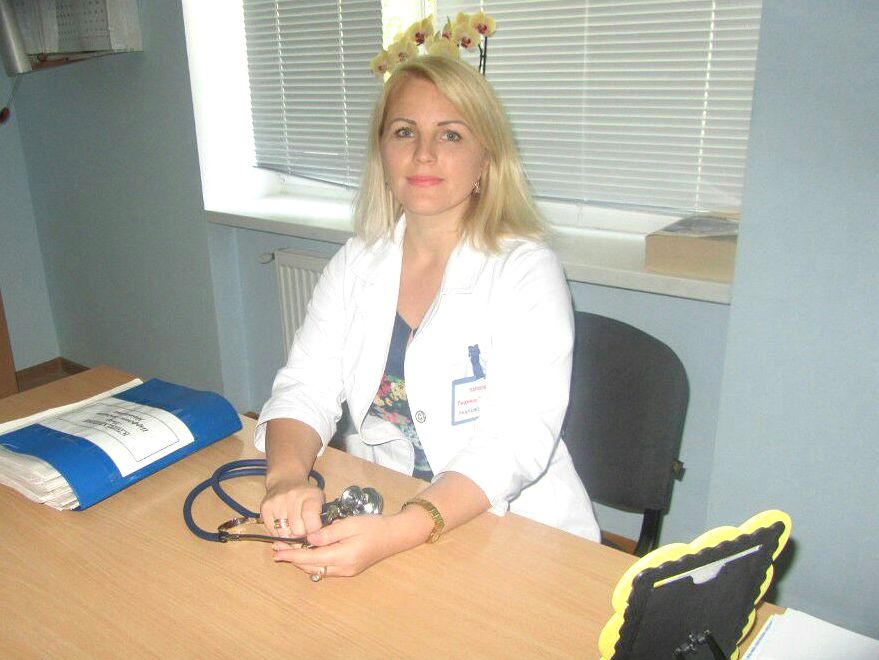 “I’m very happy to be able to provide aid to so many people, and I’d like to come again if the hospital [in Klevan] allows me to leave,” Parfenyuk said.

Parfenyuk said the “official” number of her patients is 1,110 but actually there were many more. She explained that the nurse who assisted her was also assisting the otolaryngologist and so was not able to keep track of all the patients. “I received 60 to 70 people each day. People lined up and were waiting from the morning to the evening,” said the doctor. She added that had to work on Saturdays too.

For comparison, she takes up to 30 patients a day in Klevan.

Despite the huge workload, Parfenyuk says she does not regret going on the mission and thanks the PFVMH for the opportunity to go and assist people. “I could not help going… I work in an institution that provides treatment to many guys who have been there [armed conflict areas in Eastern Ukraine], fought and experienced it all, and now they are in aftercare in our hospital. I could not do otherwise,” she said.