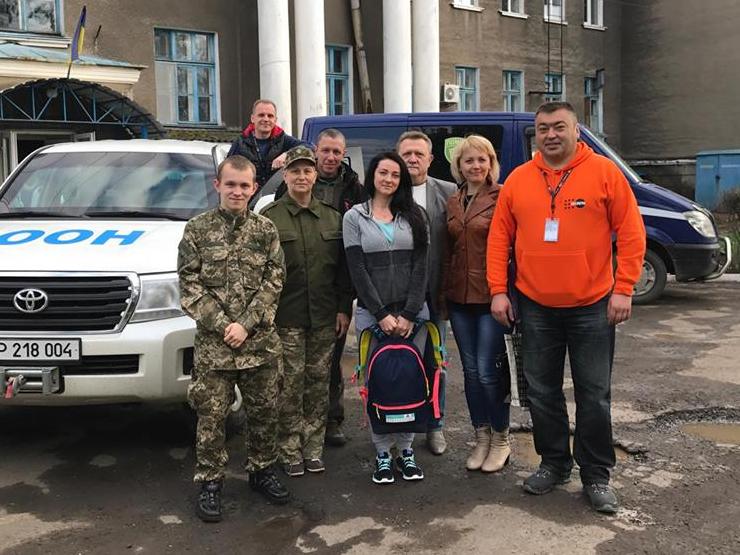 As of May 17, in Luhansk Oblast’s three districts where the United Nations Population Fund (UNFPA) and the Pirogov First Volunteer Mobile Hospital implement a joint project, preventive examination has been done on a total of 262 women, the project manager reported. Dmytro Vernyhor, who is PFVMH Vice President and Medical Director, said three mobile teams of medics, all provided by the PFVMH, have been working in Novoaydar, Stanytsya-Luhanska and Popasna Districts since May 10, and will continue through June 30, 2017. According to a report on the UNFPA/Ukraine site, the operation of the mobile teams was launched on the initiative of the Luhansk Oblast State Administration as well as the State Administrations of Stanytsya-Luhanska and Popasna Districts. The teams carry out free preventive examinations and provide services related to reproductive health in rural areas along the front line. I addition to the free professional aid, they provide women with medicines. The medics are stationed at central district hospitals and also travel to other localities in the districts. Two gynecological teams include an obstetrician-gynecologist and a nurse each, according to the UNFPA/Ukraine site. They receive patients in the Stanytsya-Luhanska and Popasna CDHs. The third mobile gynecological team has an ambulance and daily goes to localities.

The third team besides an obstetrician-gynecologist and a nurse also includes a pediatrician. The team is equipped with a portable ultrasound device, which allows them to examine reproductive aged women even in the field. A detailed schedule of work of this mobile team is available on the UNFPA/Ukraine site of by phone +380 98 636 6427.