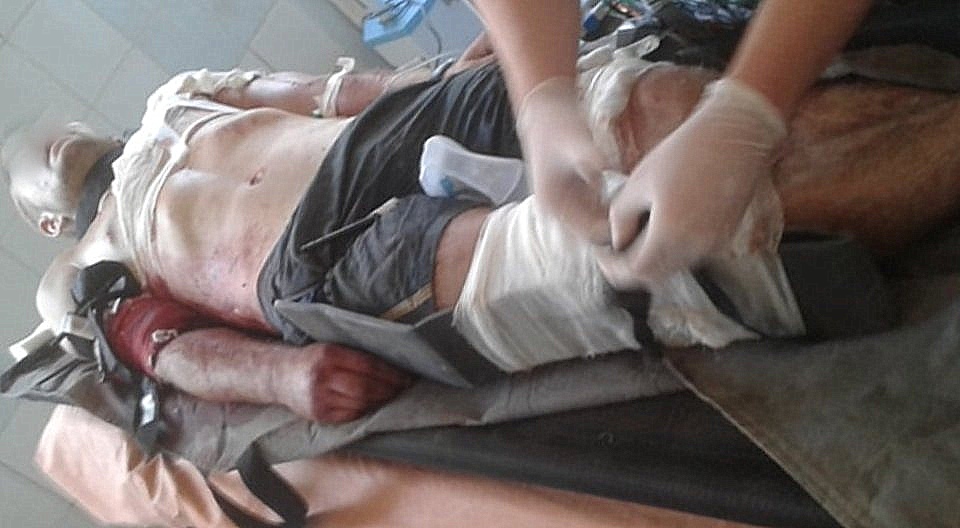 Today, a medical evacuation team of the Pirogov First Volunteer Mobile Hospital evacuated a wounded serviceman of the Armed Forces of Ukraine. This happened just five days after the previous evacuation and again near Dokuchayevsk, Donetsk Oblast.

PFVMH mission commander Ivan Ozhoh, who coordinates operations of the volunteer hospital’s medical evacuation teams within military units at the front, reported that the soldier’s right knee was splintered by fragments of an automatic grenade launcher round when Russian occupants were firing at the Ukrainian positions. His right arm was also injured.

“We were called about 4:35 p.m. At 5:05, he was given to us by the military, and at 5:25 we delivered him to the resuscitation ward in a hospital,” said Ivan Ozhoh, who had gone for the evacuation with paramedic Ruslan Karimullin. He also added that they took the warrior already stabilized. During the evacuation, they measured his blood pressure and pulse and administered IV saline.

On the photo: the wounded warrior in the resuscitation ward