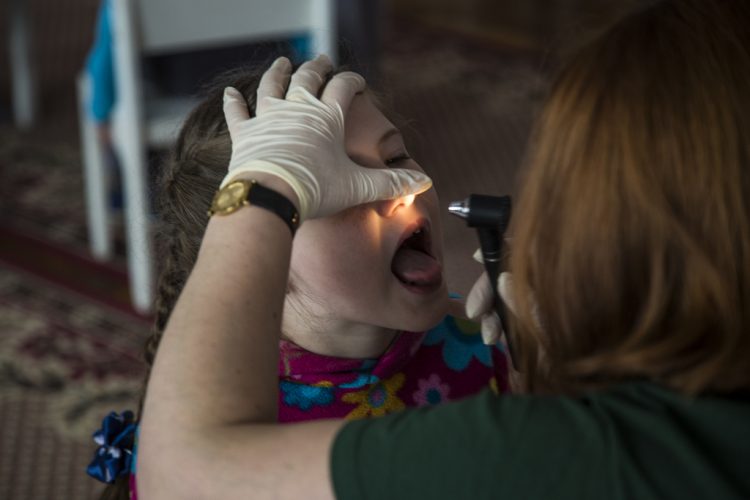 Police maintained order in line for PFVMH neuropathologist in Rubizhne

During their five-day mission in Rubizhne, Luhansk Oblast, a team of nine doctors of the Pirogov First Volunteer Mobile Hospital carried our preventive examinations of about 900 children from 10 preschools and 10 general education schools. In addition, as reported by Executive Director of the PFVMH Charitable Foundation Tamila Danilevska, they provided consultations to 300 inmates of the boarding school for children with locomotoric pathologies as well as children with specific problems who were brought to the volunteer doctors by their parents independently.

According to Danilevska, the demand for services of the “pediatric landing party” was so huge that once police was called to resolve a conflict between two mothers over a place in the line for the PFVMH neuropathologist.