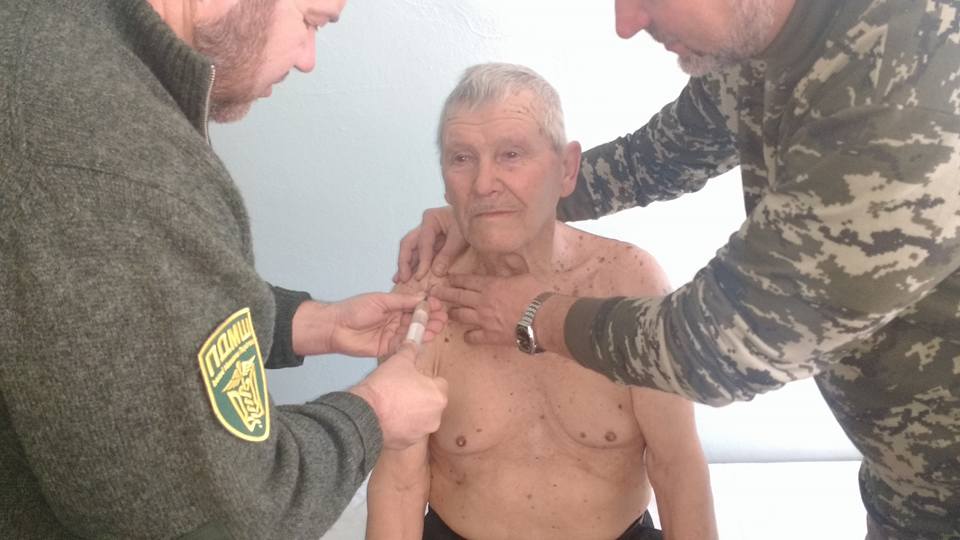 Thanks to PFVMH, patients in Hranitne were able to consult medical specialists in their village first time in four years

Yesterday, doctors of the Pirogov First Volunteer Mobile Hospital gave consultations to patients in the Hranitne village outpatient facility, Donetsk Oblast, one of the doctors, Ihor Paliychuk, reported. He said about 15 patients aged two to 85 years were examined. The oldest one was treated for hygroma removal, and the radial bone was set in the right elbow of a five-year-old girl.

Radiologist Ihor Paliychuk is the Head Physician of the Zabolotiv District Hospital in Ivano-Frankivsk Oblast. The team of medics from the oblast who came to Hranitne also includes resuscitation expert Volodymyr Krokosh, Head Physician of the Snyatyn Central District Hospital, and trauma surgeon Roman Mamchur, who works with Paliychuk at the same hospital. The PFVMH doctors from Western Ukraine reached the Eastern Ukrainian region in a state-of-the-art, fully equipped incentive care ambulance, which had been procured for them by volunteers of Ivano-Frankivsk. Halyna Harascuk, an experienced nurse from Kolomyia also came along.

Paliychuk said that the PFVMH medics arranged for the consultations with the local family doctor, who told them that people in the village had not seen a medical specialist in four years.