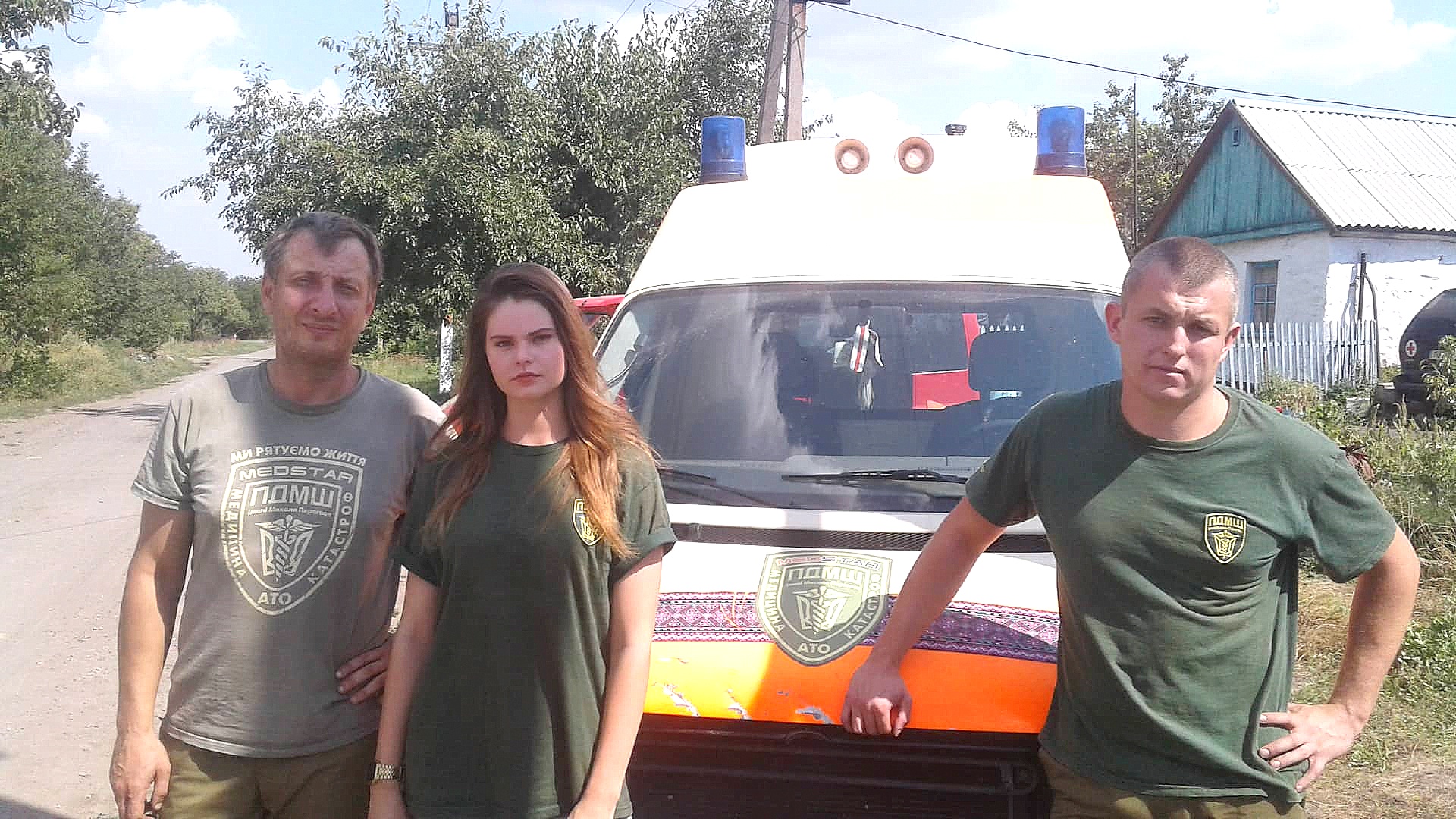 Two Ukrainian warriors ware wounded as a Russian anti-tank guided missile hit a water truck that delivered water to positions of one of the Armed Forces of Ukraine’s brigades at the front line near Dokuchayevsk, Donetsk Oblast. The incident was reported by the mission commander of the Pirogov First Volunteer Mobile Hospital, Ivan Ozhoh, who coordinates operations of PFVMH medical evacuation teams within military units at the front.

The military transferred the wounded to one of the medevac teams, which has brought them to Volnovakha, from where they are now being transported to Mariupol. The PFVMH team included paramedics Ruslan Karimullin and Nika Stepanenko as well as Ivan himself as driver.

According to Ozhoh, one of the wounded is shell shocked and studded with small splinters. “He walked, and during the evacuation just sat next to me in the cab. He’ll stay in bed for a few days in Mariupol, receive IV and most probably come back to the front again,” Ivan said.

The other one has his pelvis seriously injured. “The doctors say the rectum is intact, and we know nothing about his bones so far. They have to transport him from Mariupol to Dnipro,” the mission commander said.

On the photo above: (L to R) PFVMH volunteers Ivan Ozhoh, Nika Stepanenko and Ruslan Karimullin after the evacuation