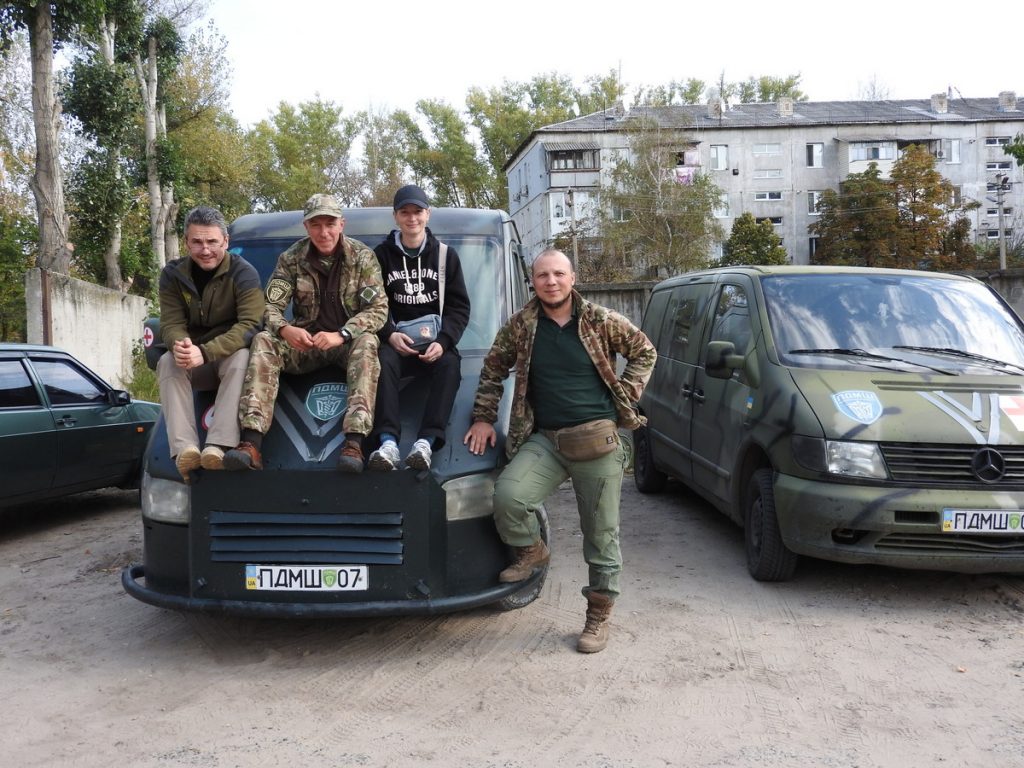 Medical institutions in Eastern Ukraine seriously lack personnel. Olha Korzh, Head Doctor of the Novoaydar Primary Care Center (PCC), even called the arrival of volunteers a “jolt of air.” She said the PPC, which includes 26 institutions serving 29,000 people, is staffed with doctors at as little as 46.8%. “So when the PFVMH team arrived, we felt unexpected joy. They brought along medicines and they brought the attention and care that every patient would like to have in the locality where there was no medical personal at the moment” she added.

Lack of local personnel is also a matter of concern for Nina Torba, Head Doctor of the Novoaydar District Territorial Medical Association (DTMA), which employs 27 doctors as against a total of 45 doctoral positions. The DTMA has been collaborating with the PFVMH for over a year. “In 2014, when the wounded, both military and civilian, started arriving in our hospital, we felt that the workload on the hospital doubled,” she relates. Thanks to support from the PFVMH– surgeons, vascular surgeons, traumatologists, roentgenologists, family physicians, infectiologists, gynecologists and anesthesiologists, who provided care round the clock shoulder-to-shoulder with local doctors – this excess in workload has been in fact eliminated.

Noting that PFVMH doctors have performed perfectly, Ms. Torba drew attention to one more aspect of volunteers’ assistance that is as important: “Besides professional contact, help and understanding, we developed good purely human relations. The [PFVMH] doctors come from absolutely different regions of our country. Doctors with great expertise in treatment and research shared their experience with our doctors, conducted skilful operations, implemented new technologies. They brought a lot of instruments, medicines and equipment as humanitarian aid.”

PFVMH leader and cofounder Gennadiy Druzenko, commenting on the beginning of the 19th mission, emphasized that since the mobile hospital’s first mission in Eastern Ukraine in December 2014, over 8,000 of people in the Anti-Terrorist Operation (ATO) zone, both servicemen and civilians, have received timely medical assistance from PFVMH. He also said he regrets that during this mission PFVMH medics are unable not stay immediately with military units because of “stonewalling by the ATO Staff.” “However, as a compensation for staying off trenches, we have established our post in Stanytsya Luhanska, which is located in fact at “zero” and where you can still see the ravages inflicted by the Russian terrorist invaders in Donbas,” said Druzenko, who is also an advisor to the Health Minister. “I much hope that the PFVMH will make in Stanytsya Luhanska what we once managed to make in Popasna: will restore proper medicine. And when proper medicine is restored, this eastern corner of our united Ukraine will revive too,” he added.