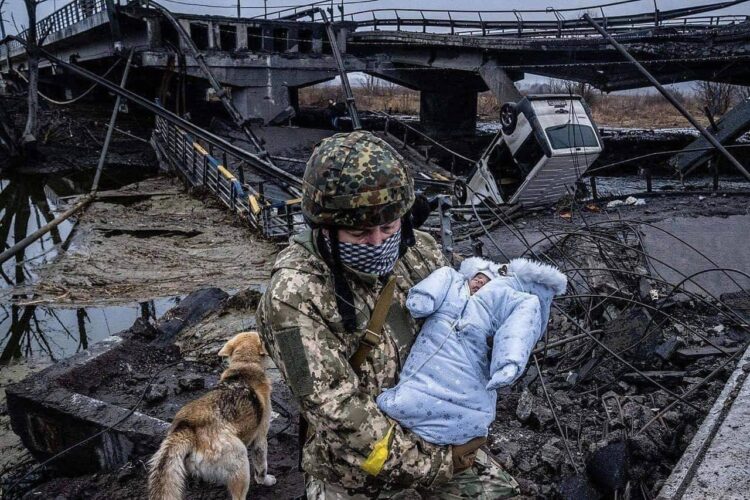 What are we fighting for?

It’s time to put the question just like this. Because now everybody knows against whom we are fighting – there is an absolute consensus in this respect among both the Ukrainians and the free world. The enemy is Putin’s Russia which must be defeated at any cost. Because no nation can feel safe as long as it exists.

Exactly that is why now we have to start thinking and formulating what we are fighting for and not only against. Because if we come out of this war as thievish, inefficient, overbureaucratized, and naïve as we were before it, my blood brothers and sisters who daily sacrifice their lives to Ukraine will never forgive us this.

We already let slip an opportunity to radically alter the country for the better after the Orange Revolution of 2004, which had no death toll. We spoiled our chance in 2014 after the Heavenly Hundred heroes had paid for radical changes with their lives. We merely have no right to betray those thousands and thousands of Ukrainian patriots abundantly watering our land with their own and enemy’s blood in 2022!

Either our victory over Putinism turns Ukraine into Europe’s best country or the dead will rise from their graves – and they will curse us with terrible shame.

Unfortunately, the lion’s share in the costs of liberating the world from the Russian plague is currently paid by Ukraine – with the deaths of thousands of my fellow citizens, the millions of refugees, the annihilated cities, the destroyed infrastructure, the crippled fates…

For the sake of justice, it will be fair if Ukraine becomes the main beneficiary of the victory over Putinism, too. The state that saves NATO and the EU from Putin’s invasion. And this is not a nice figure of speech – it’s the reality.

This means that the hundreds of billions of Russia’s dollars and euros that our Western partners have blocked in their banks should replenish the Ukrainian budget. Because now it looks like Ukraine in the flames of war receives its five to ten percent commission on the Russian assets arrested in Western banks. And it should be 100 percent matched with the equal amount from the West – for that we are fighting and not them.

It’s also time to understand that we don’t need any impotent defensive alliances that are unable to provide us with either air defense systems or aircraft and tanks a month into the terrible war. Once again: we are currently defending them, not vice versa. Ukraine has to turn into an all-sufficient European Israel in terms of security and defense. The one that will have Europe’s best army, best security service, best intelligence, best national guard, and best police. And will in no way depend on any whims of Orbán and other friends of russkiy mir.

It’s time to think and dream of the future!